Sometimes, life lessons can come in the most unexpected places.

A couple of weeks ago, we went on a Sunday afternoon trip to visit my nephew before he left on a two-year church mission. His family lives about an hour from our home. It was a wonderful visit, filled with good company and conversation. When it was time to say our goodbyes, we did so with excitement for him and the new adventure that awaited. 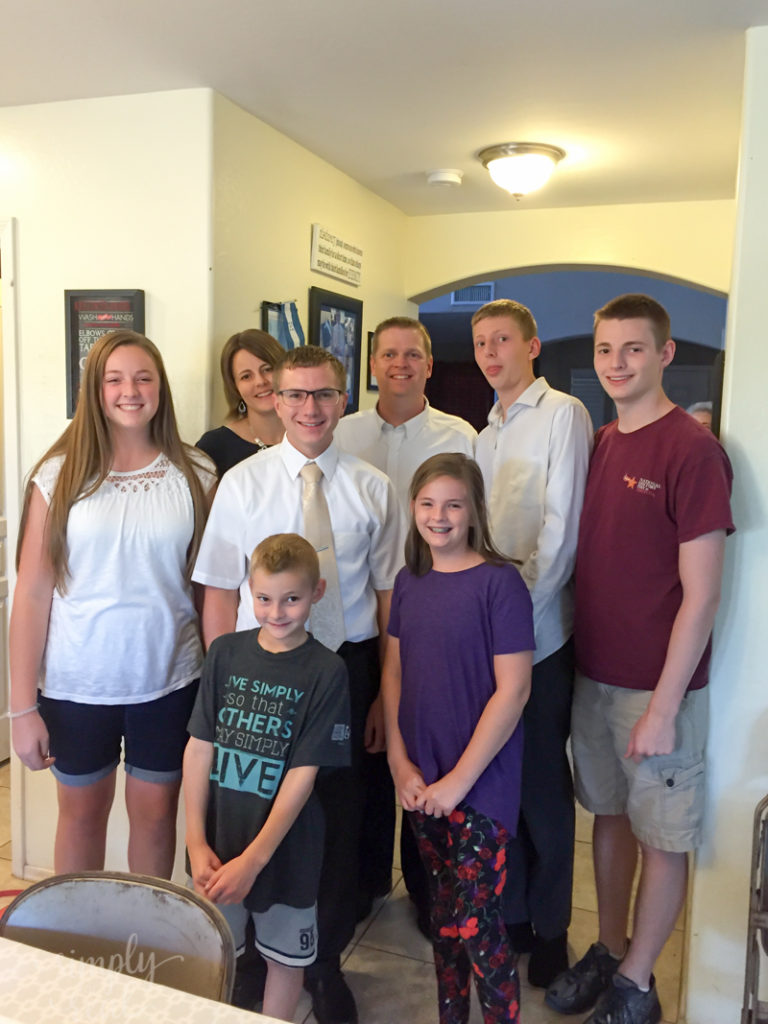 (Don’t ask me about why the tall one is sticking his tongue out. We just don’t ask things like that anymore.)

We started on the road to home like we have done a thousand times before, with no thought that anything would go wrong. What were we thinking?

We got about halfway home before Greg looked down at the dashboard, saw the gas light and the needle pointing to empty, and announced that we needed to stop for gas. Apparently, nobody checked that gauge before we left. We were approaching downtown Phoenix, so we pulled off the freeway, thinking there would be a gas station nearby.

We did not see anywhere to stop for gas right off the highway, so we kept driving further into the heart of the city. We passed street after street with no sign of a gas station. Maybe people don’t drive cars downtown.

Rather than blindly driving around, Greg decided to pull over and search for a gas station on his phone. I know that makes sense, but rough looking people were walking by and looking into our car windows while we sat there for what seemed like forever.

One man turned completely around and looked directly into our car, and I told Greg, “You need to drive! We are not going to sit here any longer!”

While he was still not sure exactly where he was going, he knew the general area. Coincidentally, it was right back where we started, less than a block from the freeway exit ramp in the opposite direction. Figures.

We finally got to where we could see the gas station. We were stopped at a red light just a stone’s throw away when the car died. The gas tank was officially empty.

By this point, I was beyond frustrated. We were in a sketchy neighborhood, five kids in tow, half of us dressed in church clothes, and completely out of gas.

Why didn’t we check the gas gauge before leaving?!? That thought was screaming in my head so that I could scarcely think of anything else. Except that we were in a bad part of town and probably about to get mugged or something. That may have crossed my mind a time or two.

Thankfully, we were near the gas station and had two strong young men in our car who, along with Greg, pushed the car into the station while I steered. Tender mercies. It would have been much worse if we had run out of gas three minutes earlier when we were a couple of miles away with ragged men watching us like hawks.

We had scarcely pulled the gas-deprived van in front of the pump when Carson emphatically announced that he had to go potty. I’m pretty sure the convenience store accompanying the gas station was nothing more than a liquor mart. Alcohol advertisements were plastered all over every window. There was no sign of soda, slushies, or any other product.

At first, I told him to wait until we got home. That was 40 minutes away, and eight-year-old boys have bladders the size of peas. I knew if I made him hold it, we would be soon be stopping again, in an equally rough part of town.

I told Greg to take him inside and to make it quick. I was not feeling safe and half-expected to see somebody rob the station while my little boy was using the bathroom. (He should have used said bathroom before we left, mind you, but he didn’t have to go then.)

Thankfully, we left unscathed, with a determination to watch our gas levels from now on. The drive home was tense and more or less silent.

I know this is going to be hilarious some day. But not yet. It is too soon; much too soon. I didn’t even take any pictures of our adventure because I was too busy being upset and a little scared.

This entire scenario could have been prevented with a little glance down at the gas gauge before we left. It would have been easy to see that we needed to fill up before we got on the highway. But we didn’t even look or notice that anything was amiss until it was much too late. 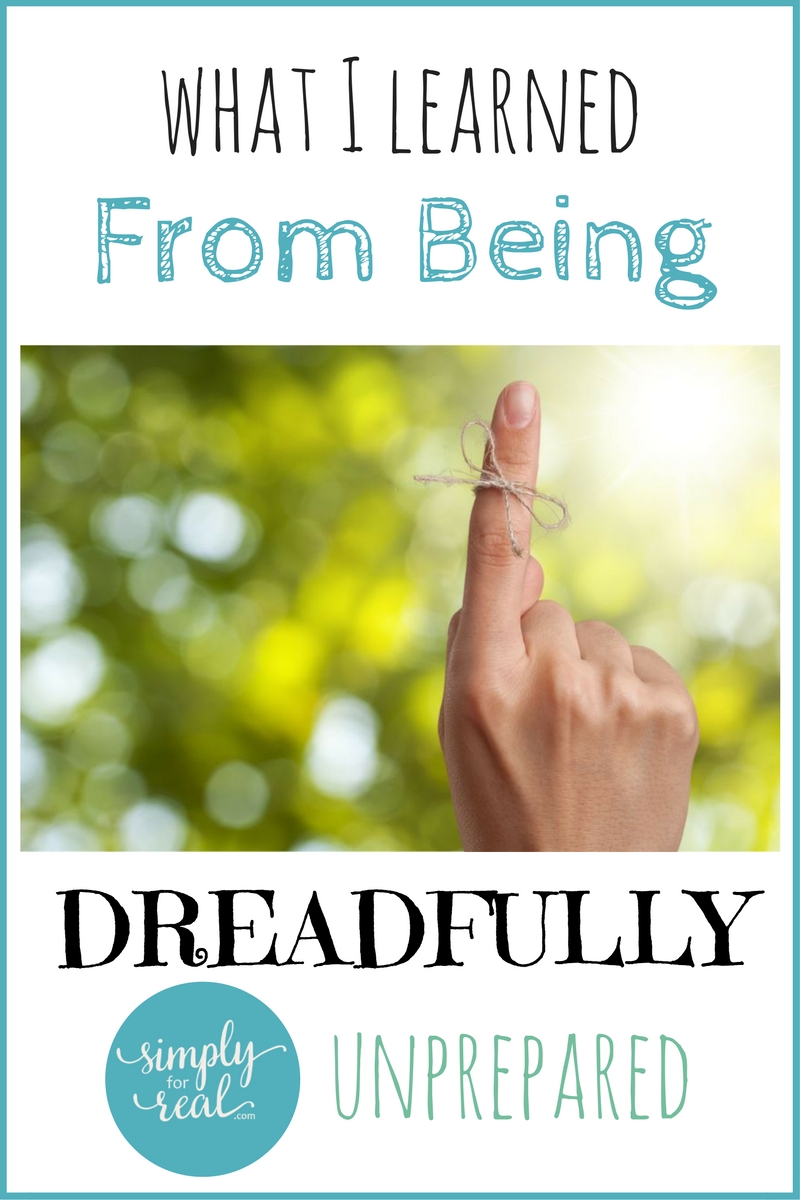 But sometimes, amidst the busyness of life, planning ahead does not seem like a big deal. Living in the moment can feel more important. I will be the first to admit that I often fly by the seat of my pants, but that often doesn’t work out so well. It just might leave us out of gas in a bad neighborhood – or worse.

If we live in the moment with our finances, for instance, rather than preparing for the future by getting out of debt, we may end up in a huge financial mess. We never know what the economy will bring and failing to plan ahead may be disastrous, even if things now seem to be going well.

While not always fun, preparing wisely for future unknowns can mean the difference between surviving and thriving. Our recent family misadventure successfully reminded me of that. With some big projects in the planning stages around here, I’m not so sure I like that reminder. But perhaps it was one that I needed.

Have you ever learned a difficult lesson through your lack of preparation? What did you learn? Tell me about it in the comments section below.

PREPARE YOUR TWEENS AND TEENS FOR A LIFETIME OF SU

I believe this with my whole heart.⠀⠀⠀⠀⠀

How will you know if your teen is prepared for lif

We were decorating the tree on Friday when this or

The future is uncertain, but that need not worry u

“Our Heavenly Father has reserved many of His mo

I fell in love with this beautiful painting by Sim

His unfailing support means everything to me. I hi