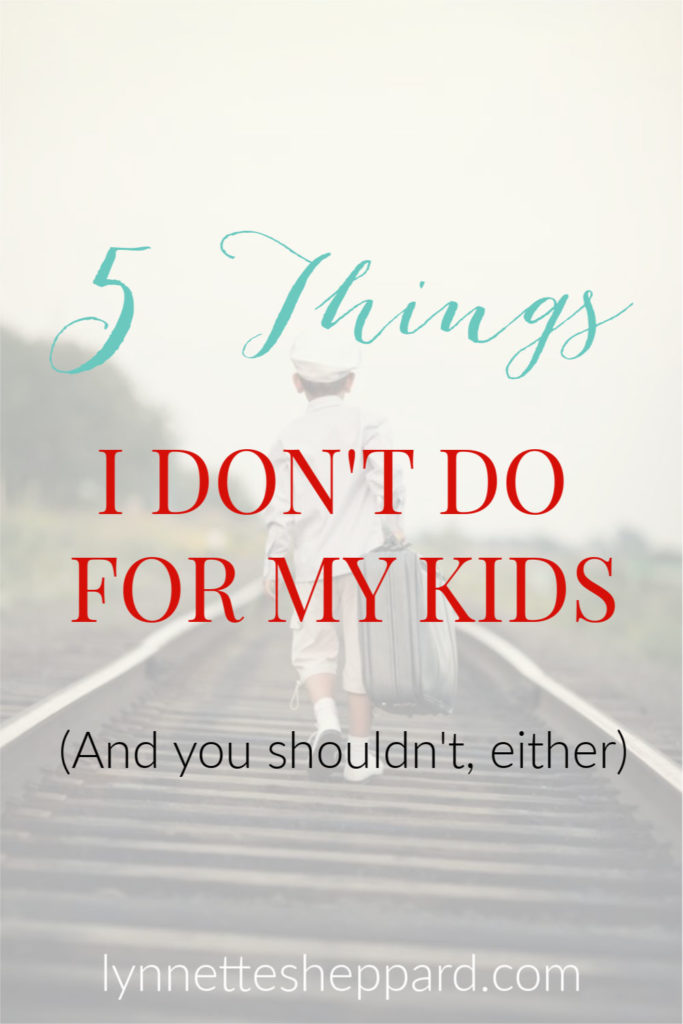 It is a well-established fact around my house that I am a mean mom, and I am OK with that. I think of it as a superpower.

I spent many years doing everything for my kids. I fed, burped, rocked, and cuddled them at the drop of a hat. I changed their diapers day and night. I operated on little sleep and tried to keep a smile on my face, even if I didn’t always succeed.

I spent nap time, my only free time of the day, cooking, cleaning, and doing laundry, only to have it messed up within five minutes flat once they were awake. I chased them when they became mobile and worried about every cabinet or drawer that they could reach. I read their favorite stories over and over and OVER until I knew them by heart.

That is what motherhood looked like when I had little ones, and I would do it all over again. However, my youngest is now seven and that season has drifted into memory. It has been replaced by a new season called preparation for real life, which requires me to assume more of a back seat approach to parenting. It also means that I no longer do everything for my kids.

Can I get a big HOORAY?

They think it is because I am lazy, and that may be a tiny bit true. The real reason, however, is that my job is to prepare them to face the world without perpetually holding my hand (a job that I do not take lightly). Consequently, I must sometimes make good use of my talent for being mean.

As much as I love my kids, I now generally refrain from doing anything for them that they can reasonably do for themselves. Crazy, I know, but it builds character and breeds independence. They currently do not appreciate it, but someday they will thank me. (Insert teenage eye rolls because apparently they do not agree.)

As I prepare my not-so-little kids to face the big bad world on their own, I no longer do these five things for them:

Have I told you that I hate doing laundry? With a passion. I handed this one off as soon as I reasonably could. The older kids have been doing their laundry for years, and Carson finally joined the ranks of the big kids with an induction into the prestigious Sheppard Laundry Society. Yep, even a seven-year-old is capable of washing, drying, and putting away his clothes, and that is a beautiful thing!

I will get more into the mechanics of how we make this work at a later date, but it IS possible.

This one makes me SUPER mean because my kids are the ONLY ones who have to make their lunches. At least that is what they tell me.

It is a rare day when I do not hear whining that there is “NOTHING TO TAKE FOR LUNCH,” despite the fact that the pantry and the fridge are full of healthy food. I routinely give them ideas about possible things to pack, but I will not do it for them.

I usually avoid buying potato chips and sugar-laden processed snacks, so those are not even an option. Instead, I encourage them to pack things such as fresh fruits, vegetables, ham, cheese, greek yogurt, etc., but if they choose to take two different types of crackers and a piece of bread for lunch, I do not intervene. It could be worse. 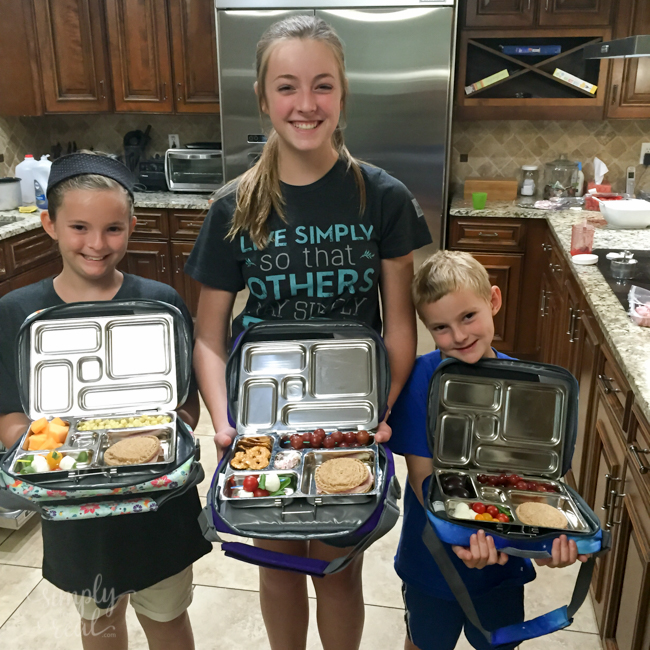 Some of my older kids often decide not to pack a lunch at all, opting instead for either using their own money to purchase lunch at school or going hungry. Yes, I wish they would take the time to prepare a meal. However, the two who do this will be leaving home within the next couple of years and will then have no option but to feed themselves. If they do not take the time to bring food and cannot afford to buy it on a student budget, they will go hungry. That is called the real world.

And I am mean, remember?

I feed them well at dinnertime, and I promise that they are not starving. But at some point, they must learn that eating does require some preparation and work. Now is a good time for them to internalize that lesson.

I do still help the younger kids out with this one, but the older three are on their own. That is what alarm clocks are for, and I am not an alarm clock.

Jordan leaves for seminary at 5:40 every morning, and I expect that he will get up, ready, and out the door in time to drive himself there. No, he is not perfect at this. Sometimes he sleeps in and misses class, especially when he is up until midnight studying.

But, once again, waking up and getting to work, school or other commitments on time is a life skill. Failing to do that carries consequences from falling grades to being fired. The sooner they learn that, the better off they will be.

Obviously, this one applies to the younger kids, but if they want to play with a friend, they must arrange it. That means that they pick up the phone and make a call, go down the street and knock on a door, or, in desperate cases, text using my phone (because they do not have phones yet).

Texting is not my first choice because they need to learn to speak to people and arrange things – a skill that is fading into the shadows. But many times people don’t answer their phones (including me) so I sometimes do allow them to text.

My kids are afraid of telephone conversations, which is all the more reason to force them to make those calls. Again, we are talking about life skills.

5. Supply Them With the Latest “Must-Have’s”

I ensure that my kids have everything they need and very little of what they want, whether or not we can afford it. Wants will always be never-ending, and entitlement is a real problem these days.

Yes, we hear statements like this on a fairly regular basis, but I honestly do not care what everybody else has or if my kids are the only ones who do not have it. If they want something, they are free to work hard and save their money to purchase it. If their “friends” leave them out because they don’t have something, it might be time for new friends.

I certainly cannot have everything that I want and neither should they. What better time for them to learn that life is not about keeping up with the Joneses than right now when the stakes are small and credit cards are not available to them?

Raising responsible, independent kids who are capable of facing the world head-on is a top priority for me. That sometimes requires me to be “mean,” at least in my kids’ description of that word, to teach them real life lessons that are better learned in a nurturing home environment, as opposed to the harsh and often unforgiving world.

Kids are capable of doing a whole lot more than we sometimes think they are. Of this I am sure. If you agree, don’t be afraid to start trusting them to do more for themselves.