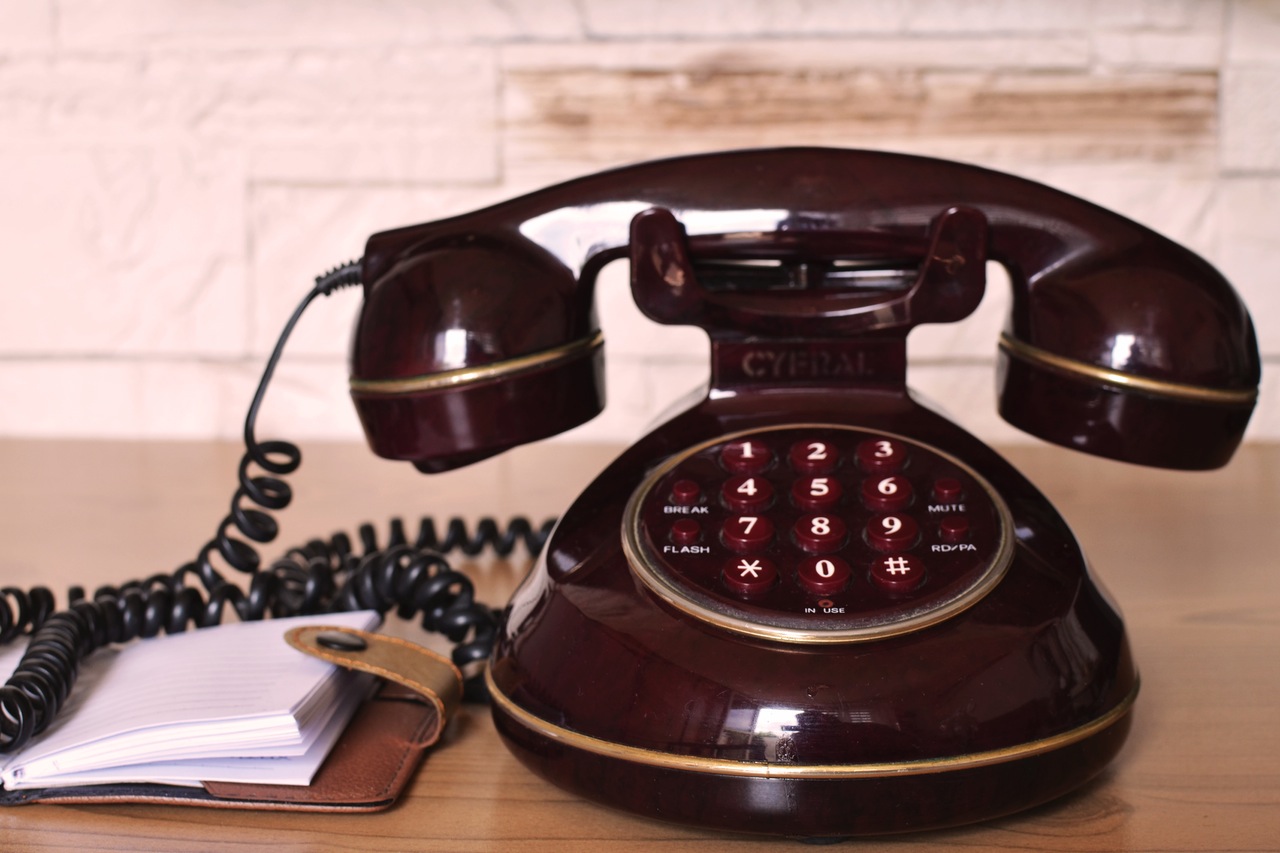 I find it a little ironic that, in this age of technology, the home phone can be so intimidating to my children. Granted, I often wonder why we even have that phone. Most of the calls that we get for that number are telemarketers. Their 1-800 numbers give them away, and we usually just ignore them.

Sometimes, however, we get legitimate calls from people who need to talk to us for reasons other than marketing. When we ask the kids to answer the phone, they often respond by asking “What do I say?”

I thought everybody knew that “Hello” was the appropriate greeting. When I remind them of that, they ask (with panic in their voice as the phone continues to ring) “What do I say after that?” When I tell them just to answer it, they reluctantly do but have no clue how to talk to people on the other end of the line. The conversation is awkward at best.

How did this happen? I remember fighting my siblings to get to the phone first when it rang. My kids, in the age of texting, have no idea how to carry on a phone conversation. I think we have missed something major in the teaching department. I guess I thought this stuff was intuitive and didn’t need a formal lesson. I was sorely mistaken.

In an attempt to remedy this situation, we recently had a family meeting where we learned about phone etiquette. We practiced what to say and how to say it. We did some role-playing. I was sure they got it this time.

Looking at it from where I stand today, I think there were still some holes.

Yesterday the phone rang, and the caller ID said, “Local cell phone,” but no name. Andrew picked up the phone and told me that his friend was inviting our family over for dessert around 5:30 or 6:00, which I said was fine. He accepted the invitation, hung up the phone, and that was that.

At 6:00, we headed over to his friend’s house – all seven of us. They invited us in and proceeded to move some furniture into the living room so we had somewhere to sit. I did wonder if they had been expecting us, but told myself that I was right there when Andrew had taken the call, so I didn’t worry too much.

We visited with them, played games, and ate cookies that they baked for us while the kids played. They were very gracious hosts, and it was a lovely evening.

While we were in the middle of a game, my husband got a call from another friend of ours. He ignored the call, so as not to be rude to our hosts. After we had been there for almost three hours, he got a text (that was rather frantic) from this same friend, wondering why we had not shown up at their house between 5:30 and 6:00, like we had agreed to do. They were worried that something terrible had happened to us, and had driven the 2o minutes to our home to check on us – only to find that we were not there.

At that moment, reality hit me like a ton of bricks. I asked our sweet hosts if they had invited us over that evening, and they confirmed my fears…they had not.

We had been sitting in their house for almost three hours while they entertained us and fed us, and they had not even invited us over!! Jordan said it best when he said: “This was the worst case of inviting yourself over to somebody’s house ever!” (I am very insistent that they do not ever invite themselves to other people’s homes.)

Yes, Jordan, you may be correct.

Andrew, who admittedly felt horrible, told us that the boy on the other end of the line when he took that call sounded like this particular friend, so he made some assumptions.

Although we have not been this embarrassed for a very long time, we all got a good laugh. (I do think this will be even funnier when the embarrassment wears off a little.) Even our gracious hosts, who likely spent the entire evening wondering why we were at their house and would not leave, laughed and laughed.

When asked later if he learned anything from this experience, Andrew said: “I should always make sure that I know who I am talking to on the phone.”

Yes, Andrew…that is a good idea.

Lesson learned? I sure hope so!