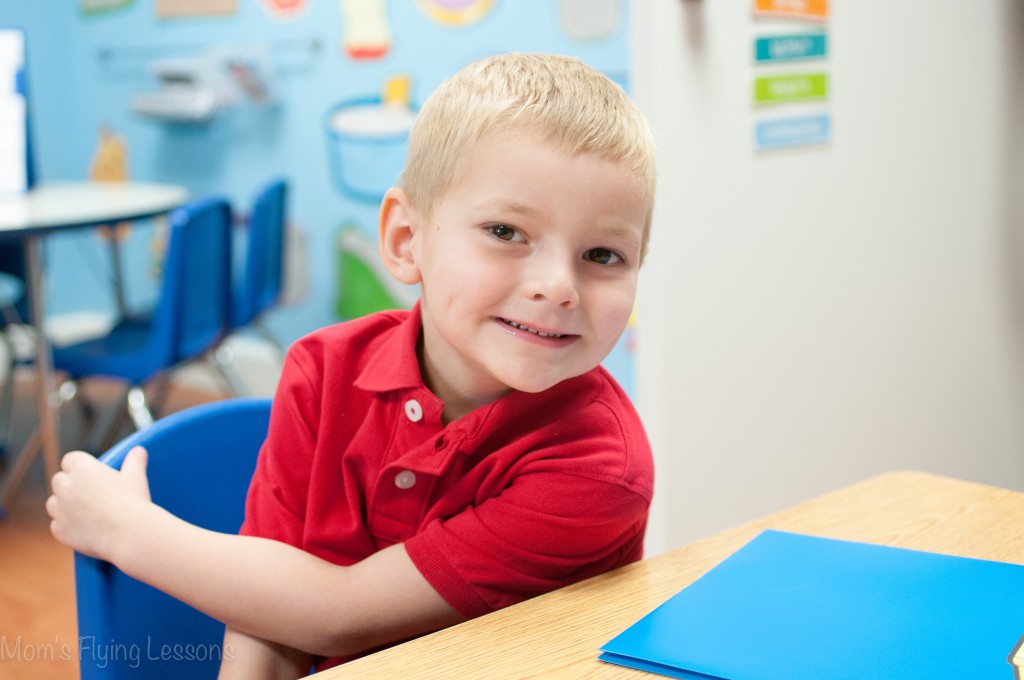 This boy gets distracted easily.

He usually has almost an hour and a half to get ready for school in the morning, and he is often running to get everything done in the last 10 minutes. Instead of getting ready, I find him building with blocks, playing with toys, or reading a book. Feeling that he would never be ready in time without me telling him every five minutes what he needed to do, I have been doing just that. I have been making his lunch for him, even though all my other kids were doing that for themselves by the time they were in first grade. I have been packing his snack, filling up his water bottle, and putting everything in his backpack for him – all things that he is capable of doing for himself. He has hardly been able to eat breakfast, brush his teeth, comb his hair, and get dressed in an hour and a half. He could seriously do all of that in 15 minutes if he focused.

Weary of this routine, I tried something a little different yesterday. I told him that I was going to take a shower, and that he needed to get himself ready while I was doing that. I told him exactly what needed to be done, assured him that I knew he was capable of doing it, and left the room. I did not follow him around, reminding him every few minutes what he still had left to do. I did not do it for him. I put him completely responsible for the task of getting ready.

When I got out of the shower and came back to check on him, he had completed almost his entire list. He told me that he still had a couple of things left to do, but he knew exactly what they were and completed them on his own. I guess I should not have been surprised, but I was. I was expecting to come out and see him still in his pajamas wasting time. But, he stepped up to the challenge, completing it all on his own – proving to himself (and me) that he could do it. I think he stood a little taller when I told him how proud I was of him.

This experience has reminded me of something that I really already knew, but have not taken full advantage of for a while. Kids are capable of doing so much more than we generally expect of them. Carson is my baby, so perhaps I have done more for him than I did for the older kids. When I saw his distractibility, I assumed that he could not do this without my help. In reality, he had no reason to step up and do it because I would tell him to do something, and then do it myself when he did not follow through. What I was really telling him with that routine was that I actually fully expected him to get too distracted to complete the task, even if I said otherwise. He happily lived up to those expectations. It was not until I gave him full responsibility for getting himself ready, and then removed myself from the room so that I could resist the urge to constantly prod him forward, that he really stepped up and proved that he was perfectly capable.

Through this and other experiences that perhaps I will share in the future, I have learned that parental expectation is a magical thing. It has been my experience that kids will generally do what is expected of them, when those expectations are communicated clearly. This has been true of my kids anyway, and I have five very different kids. Expectations are different from requests, however. Telling Carson to make his lunch when I didn’t really believe that he would follow through was a request. Expectations are things that I fully anticipate they will do – and they know it. They may not be happy about it. They may cry, complain, whine, and otherwise try to convince me that their life is ending when they are told to do something that they don’t want to do, but most of the time they will eventually do it. And, when they don’t, they know full well that unpleasant consequences will follow, making it in their best interest to follow through. I’m not talking about consequences that will physically hurt them, but they will be unpleasant nonetheless. They may have to spend the afternoon in their room and then go to bed right after dinner. They may have to do extra chores (probably the chores that they hate the most) if they fail to complete theirs. They may not be able to do something that they have really been looking forward to doing. You get the idea.

And, you know, it sure makes life easier when the kids take responsibility to do the things that they should be doing, without me begging, pleading, bribing, cajoling, groveling, and then giving up and doing it myself while mumbling about having to do everything. Sound familiar? If I were to resort to doing those things, I can tell you who would be in control of the situation, and it would not be me.

Parenting is all about leadership, and a huge part of being a leader is convincing those whom you lead that you know what you are talking about, and that you don’t need their permission to make assignments or decisions, even when those decisions are unpopular. So much of that lies in the way in which you present your expectations. Not requests, mind you, but expectations. Like I said before, kids are capable of doing so much more than what we generally ask of them, and what lies in that uncharted territory is the makings of a responsible, independent adult.

Are you ready to believe in the magic of parental expectation and start expecting more from your kids? Someday they will thank you.

Tweet
Pin
Share
« My New Hero
My Kids are NOT Happy About Helping at Home, and Why That is OK »