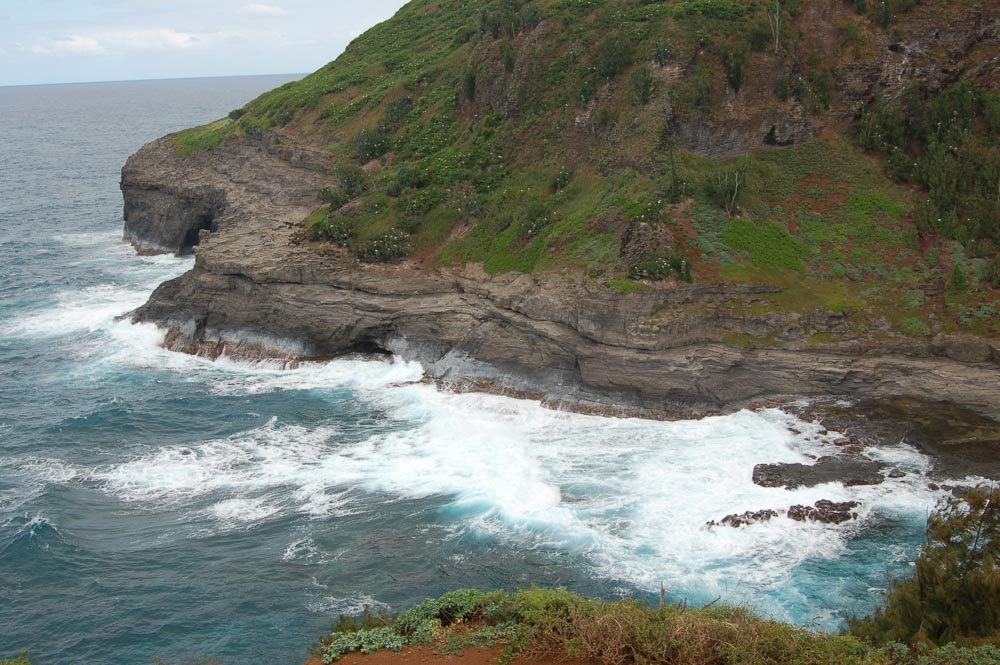 Sometimes, life throws curveballs that cause me to rethink where I am headed. A week and a half ago, one such experience reminded me that tomorrow is never guaranteed and today is an invitation to live without regret.

It started out as a typical Saturday – an early workout followed by a trip to the farmer’s market, then back home for a few hours of chores.  I had no idea it would turn into a day that would shake me to the core.

In between loads of laundry, I hopped on Facebook for a quick break. My notifications led me to the Honolulu Missionary Mom’s page, where there were a few semi-frantic messages from worried moms wanting to know if their missionaries were safe. Wondering what was going on and if I should be concerned about my missionary, I did some quick investigating. I soon discovered that there was a ballistic missile threat in Hawaii.

Luckily, by the time I found out, the threat was deemed an accident, and there was no impending danger. But I could not pull my thoughts away from my son and what it must have been like for him during those 38 minutes when imminent death seemed a likely possibility. What was going through his mind? Was he calm or terrified?

Since weekly email and occasional hand-written letters are our only means of communication with him, I could not pick up the phone and ask him how he was doing. I could only pray that he was alright until I got his email two days later. When Monday FINALLY arrived (two days felt like an eternity), his words both calmed and amazed me:

As we were waking up and getting ready on Saturday morning, we got a call from multiple other companionships in our zone. This was around 8:30 in the morning. They told us that they had received the text that there was a ballistic missile with a 20 mile radius headed towards the island, and that it was not a drill. And they weren’t the only ones. Though we did not receive the text, almost every single person on the island received it. Everyone was in a panic trying to find a safe place to take shelter. The problem was, the entire island of Oahu doesn’t have a 20 mile radius, so we were all doomed. However, we did not receive the text or hear any sirens, so we were pretty sure that we were going to be okay. My line of reasoning was that if I was about to die, at least I was in the best place to do it: serving a mission in the Hawaiian Islands. If I was about to die, I had the comfort that I would see my family again after this life, and that I had truly tried to do the best I could on my mission here on earth. But, I wasn’t all that worried about it, as I figured it was either a false alarm or a prank text that somehow got out to everyone. Turns out, it was a false alarm, and we found that out about an hour later. But for those few hours in the morning, everyone was pretty shaken up.
But it’s okay. I’m alive and safe now, so there is no need to worry about me 🙂

I have not stopped thinking about those words since I read them one week ago. Through the tense unknown and the possibility of tragedy, he was calm. As he considered his short 19 years of life, he was confident he had done his best with the time allotted him because he was where he needed to be, doing the Lord’s work. Not only that, but he knew death would not be the end, should it come to that, which overshadowed panic and fear. He truly believed what he has been teaching the good people of Hawaii for the past six months – that life and family relationships continue beyond the grave.

I am grateful that a missile did not demolish the island of Oahu and, with it, my son. But I am also oddly thankful for this experience, which has reminded me that none of us are ever guaranteed tomorrow. Life could change (or end) in the blink of an eye, and all that will matter in the end is our relationships and what we have done with our time on earth, whether that be 19 years or 90. Will be able to say at that moment that we have done our best, that we have been where we needed to be, that we have discovered the Lord’s purpose for our lives and LIVED it fully, that we have SHOWN UP and SERVED and LOVED like crazy?

Or, will we be overwhelmed with regret? Will we look back and see damaged relationships left unmended? Will we see loving words left unsaid because we were too proud to admit we were wrong? Will we see the time we could have spent with our families and in the Lord’s service that was, instead, wasted on things that had no lasting value? Will we see unfulfilled potential because we failed to be present and anxiously engaged in goodness?

Will we see a life left unlived?

I don’t know about you, but I have a list of things I need to do differently if I want to live without regret. I may not be able to devote 24 hours a day to serve the Lord like my son is doing right now, but I can be more present, ready and willing to follow inspiration. I can work harder to be the person the Lord needs me to be. I can study His words more faithfully. I can waste less time and be more engaged in good works. I can love more, listen more, and judge less.

I cannot afford to waste a single day because tomorrow will always be uncertain. All that is guaranteed is this moment, so I will LIVE it while it lasts. No holds barred. No regrets. 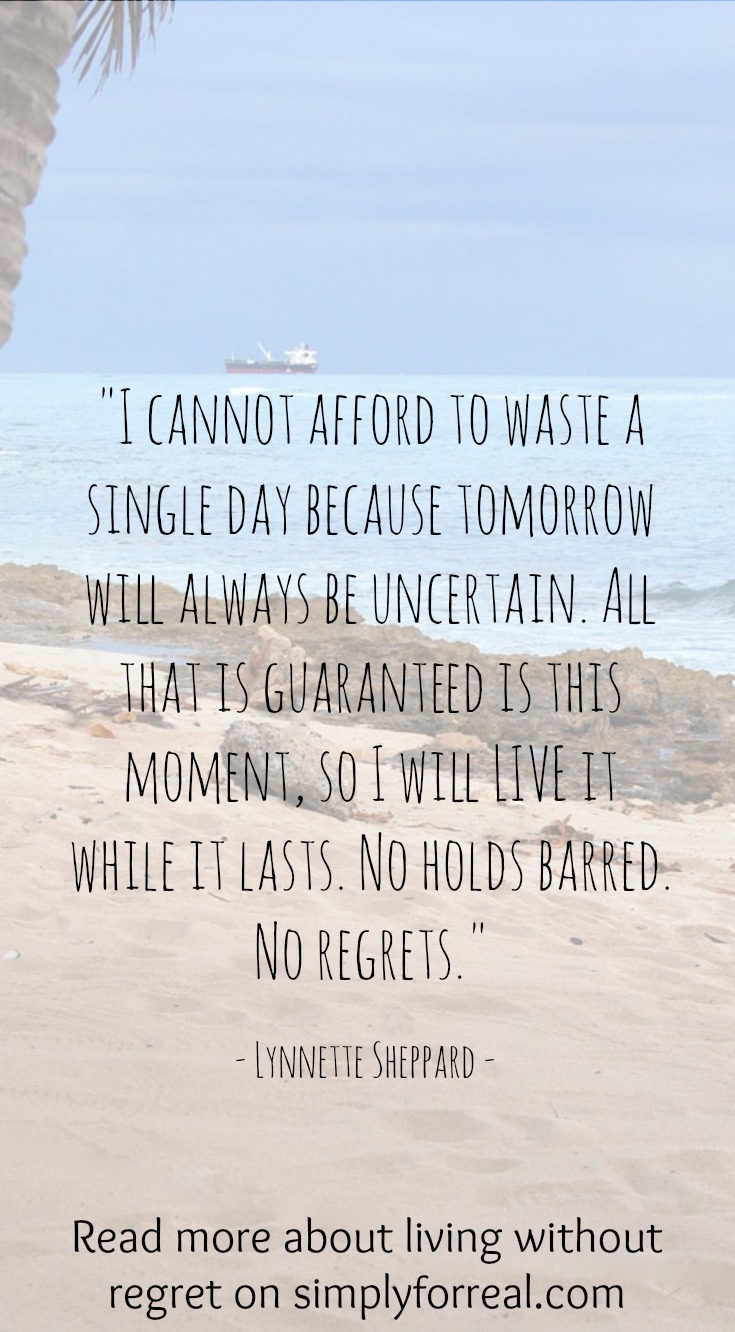