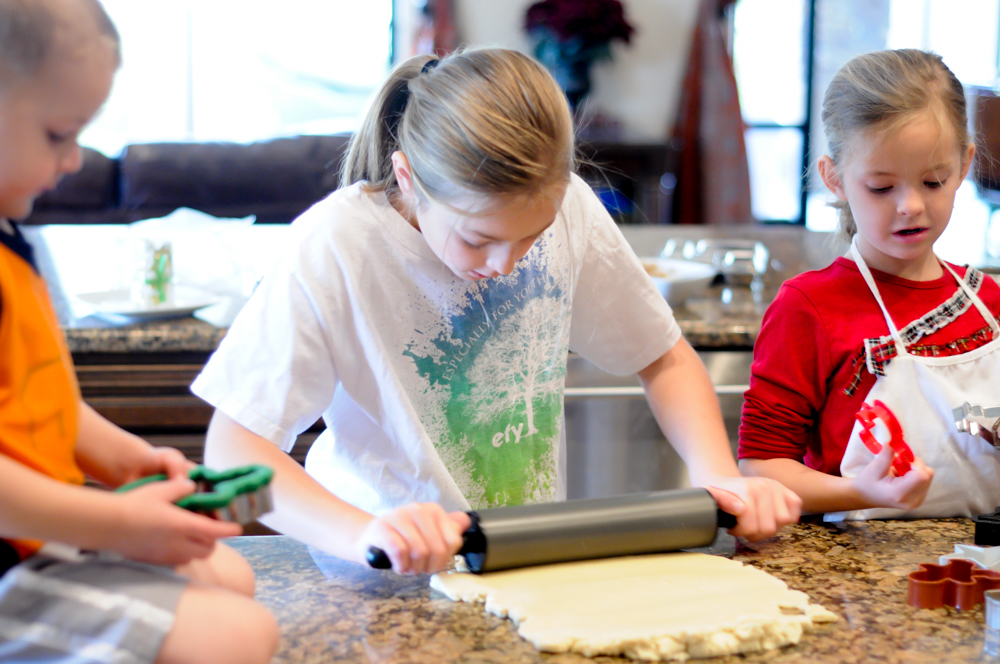 I am a big believer in teaching kids to be independent, but I haven’t always been that way. I am, in fact, a recovering control freak.

When my kids were young, I didn’t want to give them too much responsibility because I could do all the jobs better than they could. Not only that, but they were messy creatures. While they were learning to do things for themselves, disorder and chaos were the name of the game. But their messes turned me into a crazy woman, which was not a positive experience for anybody involved.

I have come a long way since then, but I can relate to the following message I recently received from a reader:

I know in my HEAD that I need to have my kids doing this stuff (getting themselves ready for school), but I struggle to let go of control. For example, if I let them make their own peanut butter sandwiches and pack their own lunches, they spread out all over the counters, get peanut butter on their hands, and then leave stuff randomly out in the kitchen. All of this would give me so much anxiety! Any advice?

As a matter of fact, I do have a few tricks up my sleeve to help with this scenario. Because I know this particular reader is not the only one who has a hard time letting go of control, I will share my advice with all of you. You can thank me later. 😉

I do understand that mess fuels stress because I experience the same thing, only to a lesser degree than I once did. My tolerance level has increased by reframing the chaos into something positive.

I remind myself (over and over and OVER) that learning is not a clean process. Whether we are talking about science projects, cooking, or organizing a closet, creating a mess is part of the package, especially for a child. Out of that temporary disorder, however, comes newfound knowledge, understanding, and the ability to do something important, along with a host of confidence.

I can assure you that kids who do things for themselves feel a sense of pride in their work and subsequent accomplishments, even if they complain (loudly) about the process. Seeing them thrive as their confidence soars makes all the mess worthwhile. 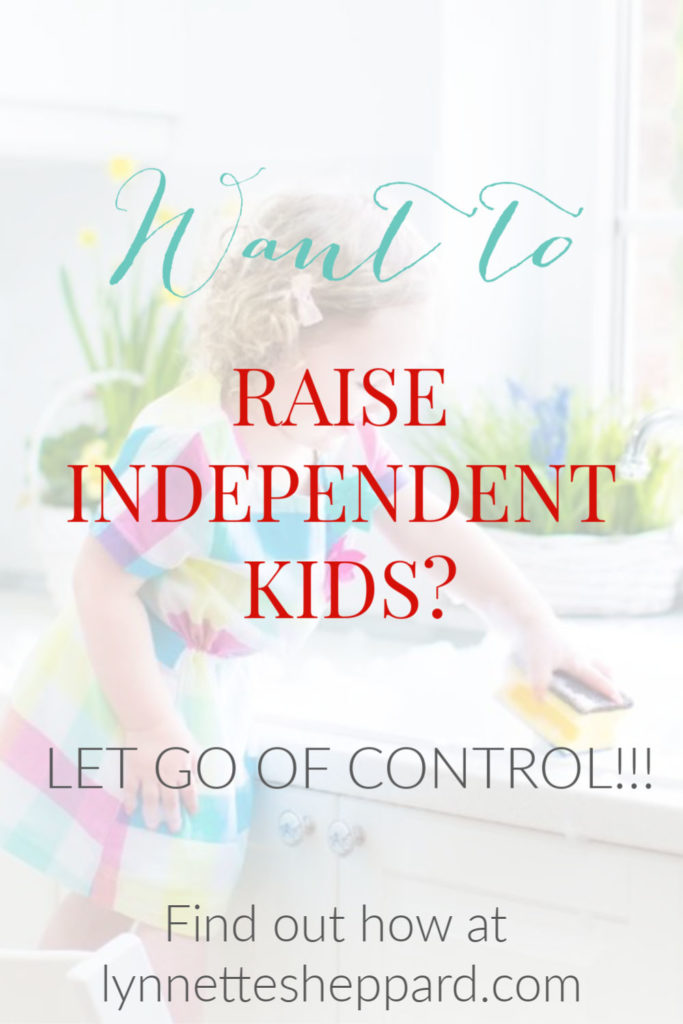 2. Remove Yourself From the Room

This strategy often saves my sanity. If my kids are, for example, making their lunches and leaving a mountain of disorder in their wake, I will hide in my bedroom until they are finished. Removing myself from the stressor keeps me from following them around and telling them what to do and how to do it (in a frazzled/crazy woman sort of way).

This tactic will obviously not work when you are actually showing your kids how to complete a task. However, if they know how to do it reasonably well but watching the messy process is causing you undue anxiety, do yourself a favor and take a breather away from the chaos. You can deal with the fallout after they finish.

Or, better yet, teach them to clean up after themselves. That is where the real magic happens.

Micromanaging is my natural tendency because I have high standards and like things done correctly. It took me years to learn that trying to control everything temporarily made me feel better but was undermining my ultimate goal of raising kids who could independently navigate life.

In my controlling days, I would often look over my kids’ shoulders while they worked, nit-picking, correcting, and giving instructions every step of the way. That approach didn’t get me very far. It mostly caused my kids to resent me for not giving them enough room to breathe, let alone learn.

Micromanaging is not the answer, especially if you have older kids or teens. It will cause them to push back, dig in their heels, and cry foul.

Instead, take a leadership approach. Teach a skill to your child, clearly explain how and when to utilize said skill, do it with them a couple of times, and then step away (leave the room if you need to) and let them take charge.

You can (and should) check their work after it is complete, requiring redos if necessary. But don’t hover and try to control every step of the process. Just don’t. Sooner or later, it will come back to bite you in a BIG way. Take it from one who knows.

4. Fill Your Bucket in Other Ways

Self-care is a hot topic these days, and I believe it is vital, especially while in the trenches of raising children. If having a spotless house fills your bucket, however, allowing kids to help with chores is probably going to cause some anxiety. Kids do not generally produce spotless results.

If less-than-spotless living arrangements cause a significant amount of stress for you, I would recommend finding other ways to fill your bucket while you are teaching your little ones to work independently. Double up on something else that feeds your soul, whether that means taking extra long baths, going for a run, or hiring a sitter so you can do something you love without children in tow.

Caring for yourself in ways outside of cleaning may not take away the anxiety of letting your kids make their own peanut butter sandwiches, but it might make the situation feel a little more manageable.

I can tell you without hesitation that teaching your children to be self-reliant is in the best interest of your entire family. Doing so will equip them with skills that will serve them well throughout their lives. And, as a bonus, it will ultimately free up time and energy for you to focus on other things.

I know this may go without saying, but the more your kids can do for themselves, the less you must do for them. That is a win/win if you ask me.

Getting to that point might be tricky for some (I’m raising my hand!) because it requires letting go of control and placing more responsibility into inexperienced little hands. At first, the outcome will probably not be ideal because it does take time to train a child to do things correctly. Eventually, however, it will pay huge dividends (trust me!). But messes are part of the deal.

At the end of the day, try to remember that parenting is about doing what is best for your kids, even if it the process is a bit uncomfortable for you. Take a few deep breaths, remind yourself it will be worth it in the long run, patiently teach them one skill at a time, then step away and watch as they begin to meet – even surpass – your expectations.

One day, the craziness of this process will be nothing more than a memory. But the confident, capable, independent young adults who emerge from the chaos will thank you for teaching them to fly.