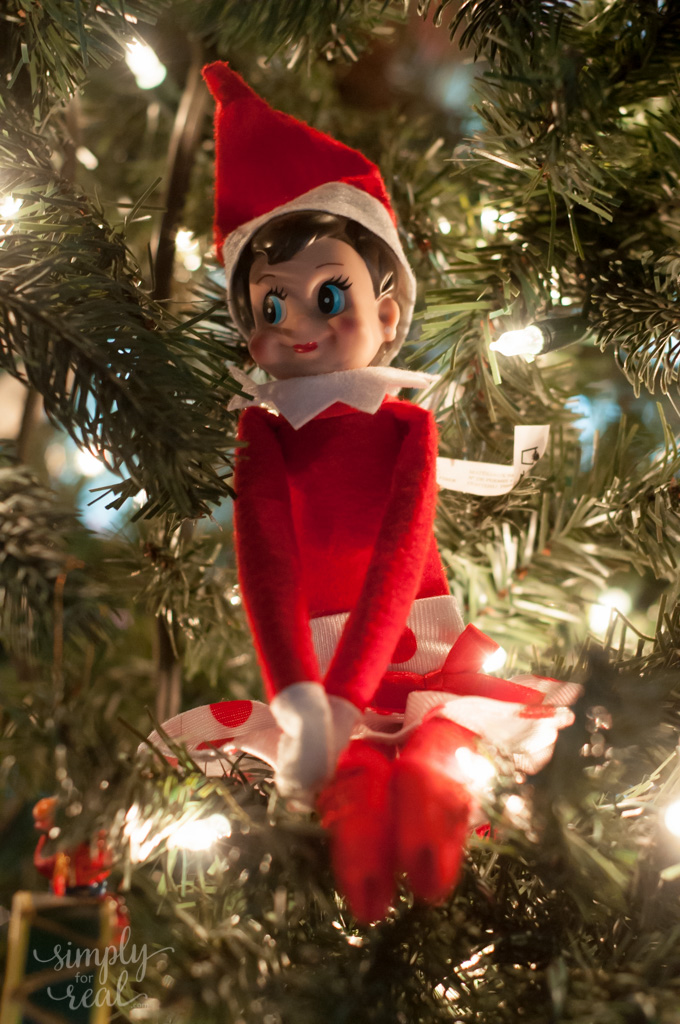 She comes around our house at Christmas time, but she is not a very good elf. When she came to us, we were under the impression that she would move to a new spot in the house every night so that she could report our antics to Santa. It turns out that she is kind of a naughty elf. I haven’t decided if she is lazy, or just content to sleep…all the time…but she doesn’t like to move. We have heard that there are other elves who actually move every night…imagine that. They even do super awesome stuff like this: 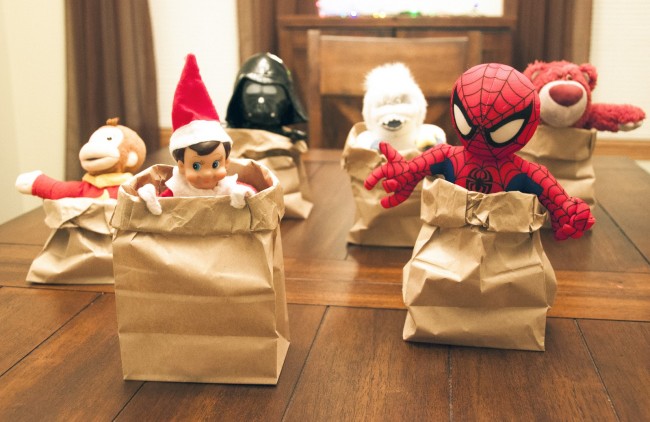 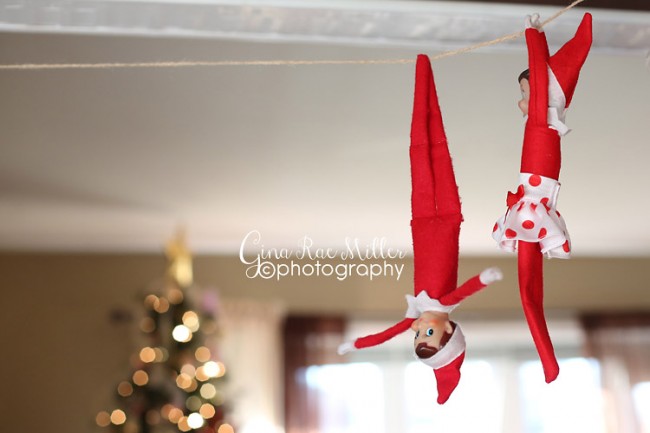 I didn’t even want to get her out of the box this year. When we opened up the bins of Christmas decorations, I conveniently left her hiding inside, because I knew that she had a tendency to disappoint the children. Much to my  surprise, my decorating helpers saw her hiding in there, and were so excited to give her another chance. Perhaps they forgot about the fact that she did not do her job very well in years past. So, out she came…right to the best spot in the house…the Christmas tree.

Being the mama bear that I am, I didn’t want the kids to be too disappointed with the events that would inevitably unfold in the days before Christmas. With the writing on the wall, I sat them down for a little chat. I reminded them that Isabelle had not always done her job very well, and that she usually got pretty comfortable in one spot for a very long time. I told them that they would do best not to expect very much from her, and then they would be pleasantly surprised when she followed through with her work.

Surprisingly, they were content with that explanation. Perhaps that is because they are pretty accustomed  to a forgetful Tooth Fairy, who only remembers to come on time every once in a while. More often, it takes her a few days to show up because she is SUPER busy, and likes to compensate for that by giving a little extra money in exchange for patience and low expectations. It is really a win-win.

I’m not sure what dear Isabelle will do in exchange for the same patience and low expectations, but after longer than a week, she is still comfortably perched in her spot on the Christmas tree. After the first day, the kids did not even bother to ask if she had moved. I think they already knew the answer. And, really, she does make a lovely tree ornament.

It looks like the bar is set pretty low this year…right where I like it….where there is no pressure to keep up with anybody else’s elf. Perhaps Isabelle will redeem herself in the coming days and weeks, but I am not holding my breath, and neither are my kids. We will watch for her to move, when we think about it, but mostly we will enjoy the season in other ways instead…like maybe snuggled up on the couch reading through our basket of Christmas books. 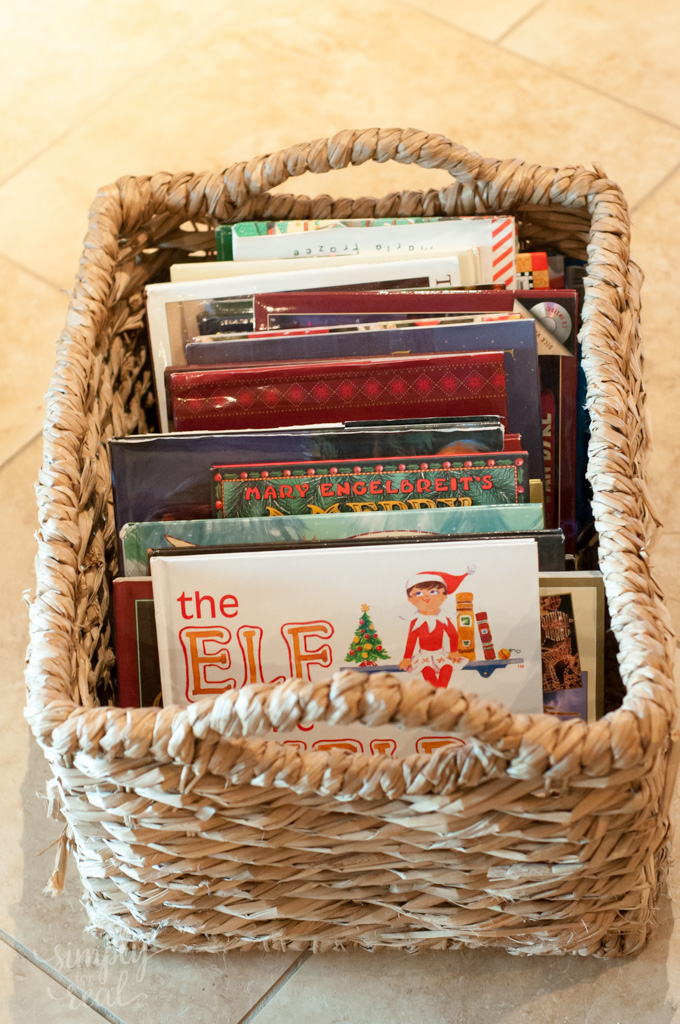 The book in the front may conveniently disappear until after Christmas…