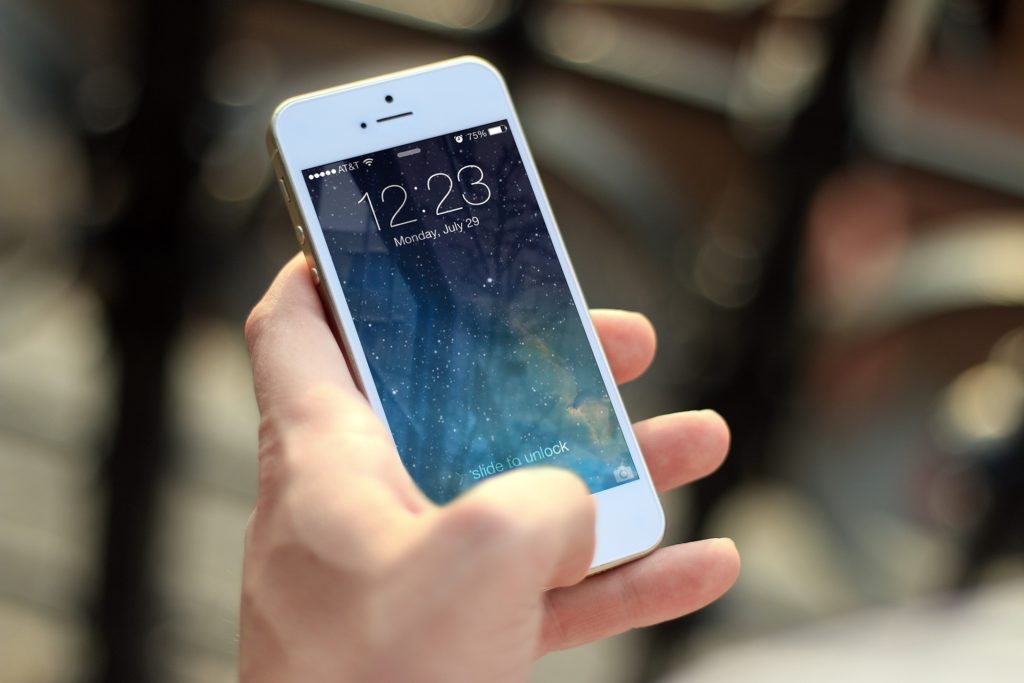 Once upon a time, I had five babies over the course of a few years. They were little for a while, and life was not easy, but it was straightforward. I had a lot of control over the influences they were exposed to, and I liked it that way.

Almost overnight, their chubby bodies grew until they were nearly as tall as me. They started to think about big kid things like puberty and acne, and got invited to hangouts and parties instead of playdates.

I could feel my influence in their lives starting to wane as their friends took center stage. More experienced parents had told me to “Just wait until they are teenagers,” like it was the worst thing that could happen, and I was terrified. So I began to worry about all the bad stuff that big kids and teenagers do.

I heard and internalized horror stories about pornography addictions that began with smartphones. I thought about sexting and plain ‘ol teenage sex. I agonized over drugs and online bullying and the dangers of social media and ALL THE THINGS that could possibly go wrong when raising a teenager in this digital age.

At that time, smartphones were still pretty new, and I vowed NEVER to put one in the hands of my kids, no matter how old they were. Why would I ever hand them a device that would provide a gateway to all of the awful things I just mentioned? It seemed like a terrible idea, and I was going to stick to my guns, thank you very much.

My oldest son was 14 when he got his first phone. It was a simple flip phone with no bells and whistles, but it did its job. After a year or so, I started to think deeply about my commitment to keep smartphones away from my kids. While it was easier for me that way because I didn’t have to worry as much about what they were doing on their phones, I began to wonder if it was the best long-term plan for the kids.

As I tried to push my fears aside and think beyond the moment, it became clear that my kids’ lives would be forever rooted in technology. As much as I wanted that to change – to go back to the days when people talked to each other instead of staring a screen – I knew I couldn’t hide from reality.

Because I could not avoid or change the dynamics of the world my children were growing up in, I felt an enormous responsibility to prepare them to function safely and responsibly within it.

To be honest, I was not happy about that epiphany. More than anything, I wanted to shelter my kids from all the temptation and filth that fills the digital world. I knew the risks all too well, and I wanted nothing to do with them.

After much prayer and reflection, however, I knew I had to let go of my blissful sheltered dream. It became crystal clear that I would only have my teenagers in my home for a few more years before they flew off on their own. Before then, they needed to be 100% capable of navigating technology without getting sucked into the vast world of digital trash.

I knew I needed to put a smartphone in their hands and teach them how to use it appropriately, even though that prospect scared me silly.

That year, my two teenage sons who were 15 and 13 got iPhones for Christmas.

The decision to step into the world of smartphones was also the decision to be highly engaged and mindful in the way we approach technology. It was the choice to have frequent open discussions with our kids about digital responsibility, pornography, and other online traps and addictions. It was the decision to be the phone police and, at times, the unpopular parents.

It was NOT a decision we made lightly.

With those shiny new iPhones came a new set of rules and expectations, including:

I will not lie and tell you that any of this is easy. It is a pain in the neck! I often want to take their phones and throw them out the window because all of this checking and monitoring and talking about what they are doing is exhausting. It would be SO much easier to take this option off the table and buy them a prepaid flip phone from Walmart.

But I still feel like I made the right decision.

I have much to teach my teens before they are ready to handle the full weight of technology on their own, but smartphones provide an excellent training ground.

Soon enough, they will be on their own, and I will have zero control over what they do on their phones and other devices. I cannot send them off ill-prepared to navigate the vast Internet world that is infinitely bigger and stronger than they are.

The only way I know to adequately prepare them is to let them practice while I can oversee, teach, and correct as we go.

Yes, they will make mistakes. They HAVE made mistakes. But that is all part of the learning process. So far, there haven’t been any major mishaps, and I hope to keep it that way with frequent monitoring and a whole lot of open dialogue. I am not naive to the hazards at their fingertips, but I am hopeful.

There is no denying that we live in a complicated digital world. Though it can be scary and dangerous, I believe it is my job to prepare my children to face it head-on rather than sheltering them from the technology that forms the backbone of our society. In my home, that begins with a 13-year-old and a smartphone.