“Wherefore, be not weary in well-doing, for you are laying the foundation of a great work. And out of small things proceedeth that which is great.” Doctrine and Covenants 64:33

Although in some ways it feels like it has been an eternity since those days, I remember them like they were yesterday.

I was tired, overwhelmed, and sometimes wondered how I would ever survive until little people did not constantly need me. I was in over my head with strong-willed children who did not like to be told that their ways were not the best ways. They made that clearly known through streaks of either stubborn defiance or just plain screaming, yelling, and throwing wild tantrums…on a daily, and sometimes hourly basis, for years that seemed to drag on for aeons.

I usually held my ground in the face of their belligerence, determined to teach them that they were not going to get their way just because they acted like animals. But it was not easy. It was, without a doubt, the most draining and difficult work that I have ever done. 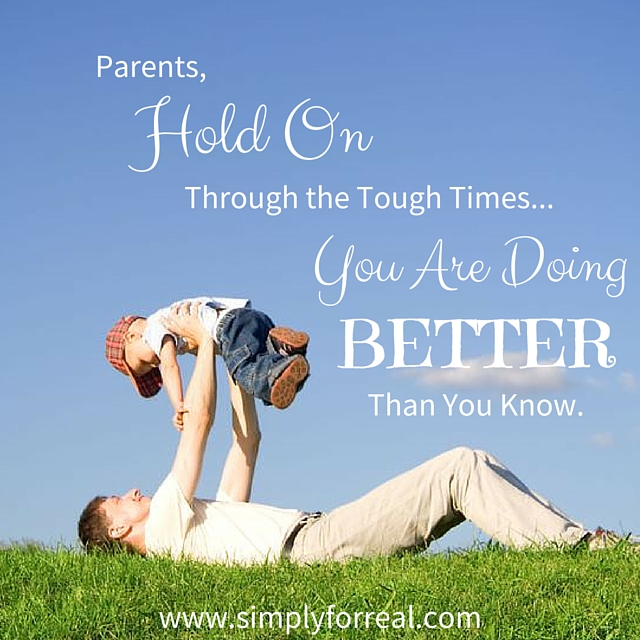 Most days, I felt like a failure. Every once in a while, I caught glimpses of hope that these demanding and difficult children would, perhaps, eventually gain control of themselves and start putting their strong wills to good use. But those days were rare.

More often than not, I wondered if my hours, days, weeks, months, and years of exhausting work were doing any good at all. I felt like I was trying to teach a brick wall that had no ability to learn and apply the things that I was putting every last ounce of my patience into teaching. For years, my daily work of trying to teach and train my children to behave in a civil manner felt like a huge waste of time and energy because I could not see measurable progress.

But then, one day, I realized that things had changed – so slowly and almost imperceptibly that I had failed to notice how far we had come until it hit me like a ton of bricks.

I realized that the child who used to spit in my face and throw books at me when he got upset, and who had threatened to run away on several occasions, was now donating his allowance money to the victims of a natural disaster because, as he said, “They need it more than I do.”

I saw the child whom I had lost sleep over for years, fearing that he would end up in prison because he had no control over his anger, befriend the lonely and tenderly reach out to those less fortunate. I watched as he stood his ground in the face of temptation, and worked like crazy to succeed in the things that mattered to him.

I witnessed the child, now a teenager, who struggled for years to find his place amongst other kids, stand up and say that he was grateful for all of that because it taught him that he it was OK to be himself, regardless of what others thought. I see him now, with a natural confidence that I wondered if he would ever develop, and too many friends to count. It warmed my heart when I recently watched him write an encouraging email to a teacher who had struggled with her class at school that day, letting her know that he thought she was doing a great job.

I take no credit for the good things (or bad things, for that matter) that my children choose to do with their lives. Those things spring from the character that is developing within them. I am certainly not claiming to be the ideal parent, or to have perfect children. We all make a mess out of things from time to time, and I am constantly reevaluating and committing to be more patient, more loving, and more understanding of my children and their quirks.

However, as I observe my children from where I stand now, it becomes clear that the years that I spent feeling like I was teaching a brick wall were not wasted, after all. Those days of frustration, when my patience was daily tested to the very extreme, were vital. The unappreciated, unheralded work that I was doing back then was laying the foundation for what was to come – what is happening right now, and will continue to unfold as time passes. They were learning more than they let on.

As parents, we are all participating in a great work that is governed by small, daily moments of teaching. It sometimes requires superhuman patience, and often feels more like failure than anything else.

But you simply cannot abandon the foundation that you are laying.

Without a foundation, an architectural structure will eventually fall into ruin – and so will our lives. Your small, daily efforts are making more of a difference in building that foundation for your children than you can now see.

Even though you are imperfect, YOUR INFLUENCE MATTERS. You might not see the fruits of your labors for years to come, but that does not mean that they are not in the process of developing right now.

If you are in the midst of one of those times when you feel like a parental failure, I hope you will find comfort in these words from Jeffrey R. Holland: 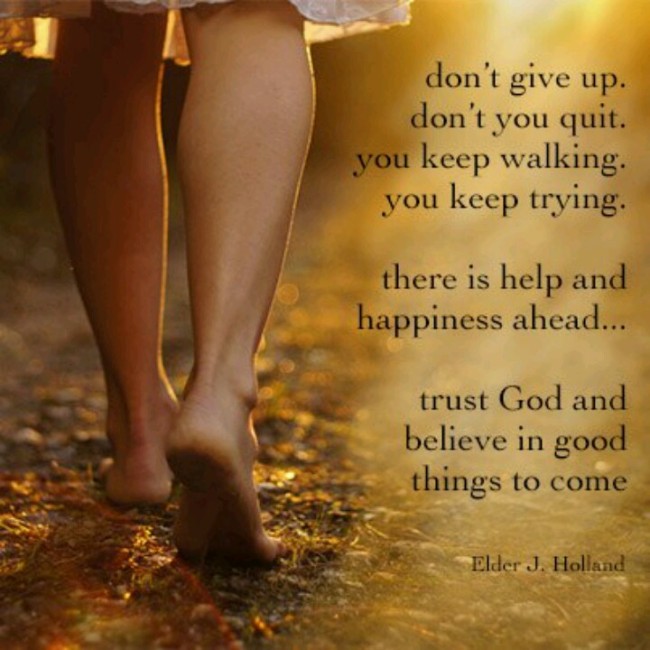 Hold on, friends! I am right there with you – cheering you on.

This post is part of a 31-day series about small and simple things. You can read the rest of the series here.