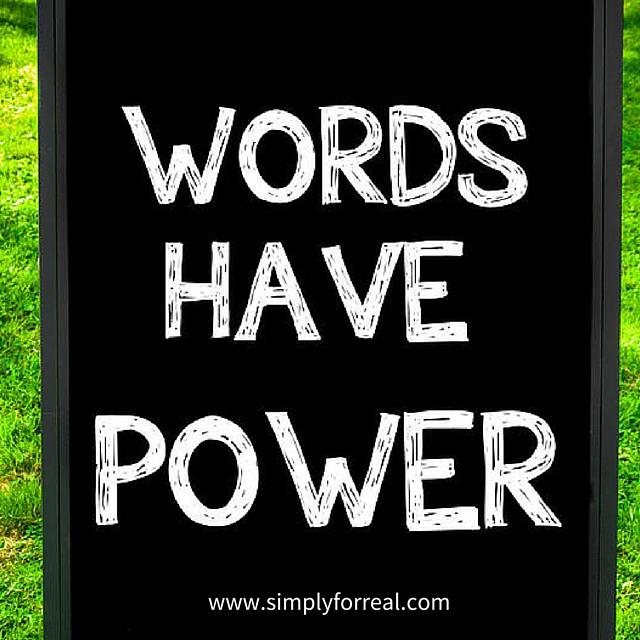 A few years ago, I was asked to be a leader over a church group of 40 young women between the ages of 12 and 18. Because of my more serious nature, I worried about connecting with the girls. Truthfully, I was scared to death.

I felt like I could relate better to adults than youth. I was well aware that I was not the “fun” type. Youth adore leaders who are silly and make them laugh, but being silly felt (and still feels) extremely forced and fake to me, and I knew that I needed to allow myself to fulfill this role in a way that was true to my nature.

After a few months, I had forged wonderful connections with some of the girls and all of the leaders who served alongside me. However, I was still struggling with feelings of inadequacy, and often wondered if I would ever be able to reach some of the girls on more than a surface level, even though I was putting my heart and soul into my role as their leader.

About this time, a friend, in trying to be helpful, gave me some advice after learning of my struggles. He told me that, after observing my leadership style, he thought that perhaps I would do better to emulate the example of another leader whom we both knew. This particular leader was fun, silly, energetic and spontaneous. He was constantly making people laugh. He was exactly the opposite of me in just about every way imaginable.

Was I really supposed to be like him if I wanted to be an effective leader? Could I not fulfill my responsibility and positively influence those sweet girls by being myself?

Although I am generally not an emotional person, I went home and collapsed into a heap of tears. I felt like all of my fears had been confirmed within the course of one conversation; I did not have what it took to be a good youth leader. I was too serious, too quiet, and too boring.

Luckily, my resilience took over fairly quickly, and I was able to pick myself up and move forward, with even more determination to make a difference in my own way. I wanted to prove that I could be a strong leader without playing the silly card that was simply not mine to play.

I served in this leadership role for a short nine months before a move to a new home necessitated a change. I was not there long enough to reach every girl or accomplish everything that I wish I could have. Despite all the mistakes I made along the way (because there were many), I grew to love the girls, and I hope I did or said something that left an imprint on their hearts. I will probably never really know for sure what kind of impact I had on their lives, but I am confident that I did my best, and I am at peace with that.

I learned countless things as a result of this experience, but the one that stands out in my mind right now is that words matter.

Words have the power to uplift, encourage, and inspire greatness, or to tear down and reinforce painful inadequacies and weaknesses, depending on how they are used.

Being the realist that I am, sometimes I appreciate communication that gets right to the point rather than beating around the bush. Constructive criticism can be advantageous at times, but criticism is not always helpful, and some things are better left unsaid.

You cannot erase the impact of a few thoughtless words that may live forever in the mind of another.

Remember that there is nothing small about the words that you say. They matter. A whole lot.

So think first. Speak later. And be kind. 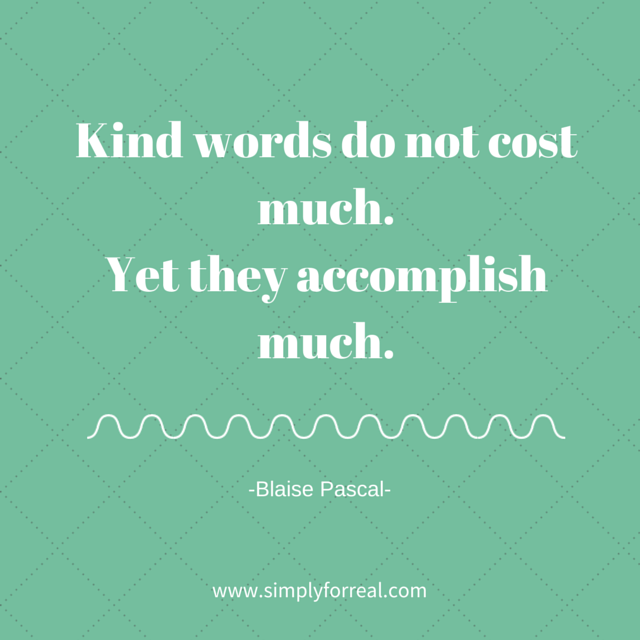 This post is part of a 31-day series about small and simple things. You can see the rest of the series here.

These are a few of my favorite things...(though ra

My teens get the lovely opportunity of meal-planni

If the senior pictures are done, does that make it

Two and a half months ago, I decided to take an un

Have you ever listened to a child learn to play an

I am in the messy middle of my story. I don’t ha