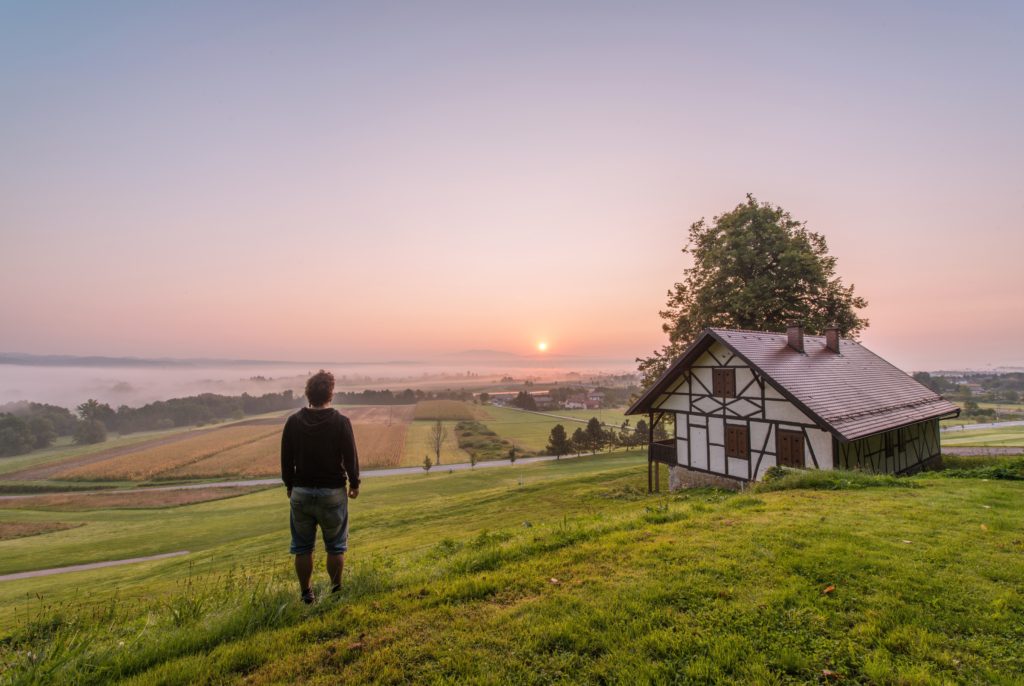 We have lived in a lot of homes (and apartments); 10, to be exact. From our first little two bedroom apartment with a beehive in the wall (that’s an entertaining story for another time) to the beautiful house on the hill to the 3300 square foot rambler where we currently live, we have experienced quite the range of living spaces. Each has had its benefits and drawbacks, and none of them have been ideal for various reasons. Like bees in the wall, for instance. I probably could have lived without those.

A few months ago, we were considering the possibility of another move. Several factors played into our decision to look at other housing options. First, we wanted space for teenagers to gather. Second, high school, with its mix of friends. Third, we felt like we needed another bathroom because all five kids currently share one shower. That gets tricky with three teenagers and one almost 12-year-old. Bathroom time is like gold around here.

There were other reasons, too, like the lack of an eat-in kitchen, drainage issues, and the fact that I sometimes get antsy for change. But you get the idea.

For a few weeks, we looked at our options. We scoured the Internet for homes, finding very few that were in our price range and fit our criteria. We called mortgage companies to see if they would approve us for more money, causing me to hyperventilate just a little at the thought of increased debt. No matter how hard we tried, we could not feel good about the prospect of leaving our home, despite all of the things that we felt were lacking in our current space, and all of the perceived benefits of moving.

But how would we ever survive the bathroom wars? Are three showers for a family of seven growing kids/teenagers/young adults too much to ask? (Greg and I are young adults, in case you were wondering. It does not matter that we have an 18-year-old. Youth is in the eye of the beholder and our eyes are those of spring chickens.)

The truth is that I grew up in an 1800 square foot home, along with my parents and five siblings. We had four small bedrooms and two bathrooms between us. My three brothers shared a tiny bedroom and my two sisters and me, who were older, shared two bedrooms.

For most of my youth, my family only had one car and, for a time, it was a small SUV with four seatbelts. That was in the days before seatbelt laws, so we crammed three kids into the small back seat and three kids into the back of the SUV that people generally reserve for transporting cargo.

I was a teenager at the time and, with my long legs (which are longer than Greg’s, by the way, even though he is three inches taller than I), that was no fun. Plus, out of necessity, we went through an entire Arizona summer with no air conditioning in that beast.

Somehow, we made it work and survived to tell the tale. I’m sure I am a better person because I lived through years of financial hardship. Yet, 25 years later, I thought I needed another bathroom and an eat-in kitchen when I already had a beautiful, albeit imperfect, home, nestled on an acre of land in a neighborhood that I adore.

Perhaps I had confused my wants and needs just a teensy bit.

It is easy to get caught up in the rat-race of wants. The comparison trap constantly looms overhead, waiting for me to take the bait and start to wallow in thoughts such as, “How can they afford that when we cannot?”

I get so caught up in my own world that I fail to think of the one-third of the world’s population that does not even have access to a toilet, not to mention the 50% of people worldwide who live on less than $2.50 per day. That equates to $75 per month and $900 per year.

Maybe one shower for five kids is not much to complain about.

When I start to count my blessings, I get a bit overwhelmed at how they overflow into every aspect of life. The inconvenience of waiting a few minutes for a free bathroom is a small price to pay in return.

Have you had any experiences that have taught you how to distinguish between wants and needs? I would love to hear your thoughts in the comments section below.

This error message is only visible to WordPress admins