It is hard to believe that April is coming to a close, and May is upon us. MAY!! The month where school gets out for the summer and seniors graduate. Holy moly! Here we are again. 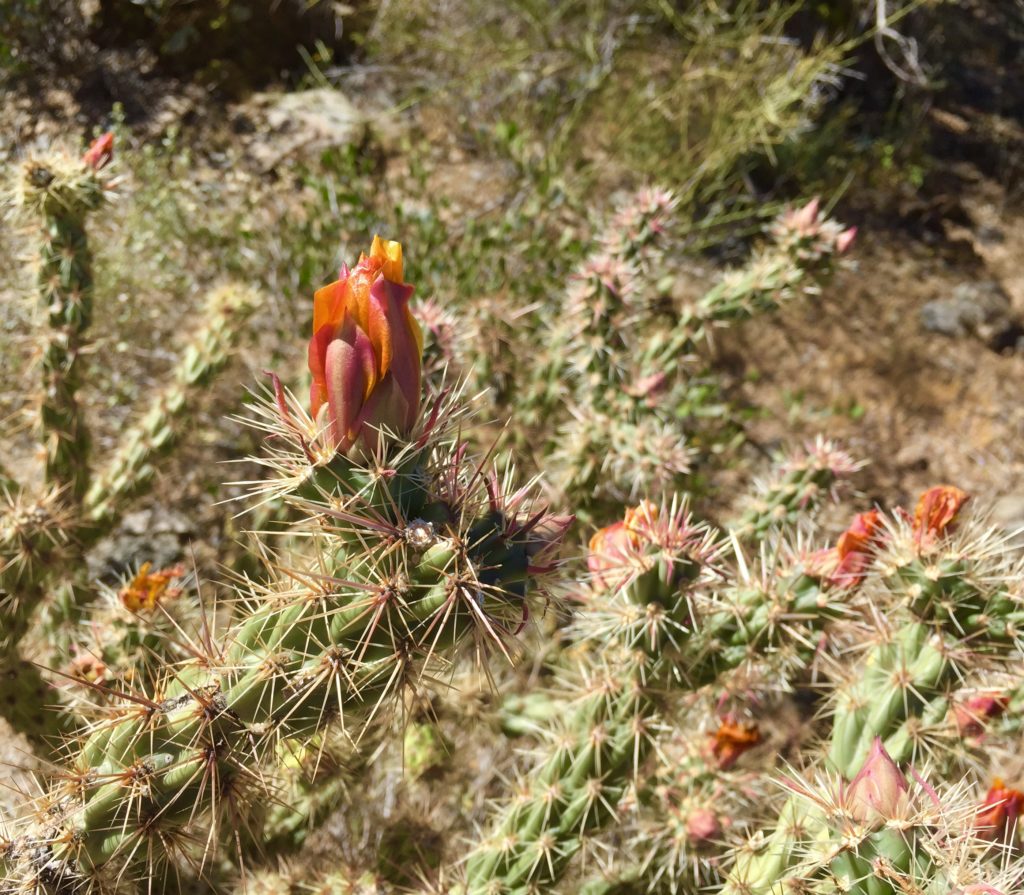 While most of the country is enjoying tulips and daffodils, we are grateful for cactus blossoms as we gear up for the end-of-the-school-year roller coaster. I am inclined to take a few moments in the middle of the craziness to reflect upon what I learned in April. Such introspection is therapeutic. It helps me see that I am not completely losing my mind. A few pieces here and there are missing, but that is to be expected at this stage in the game. Most of it is still in tip-top shape. At least that is what I tell myself.

Without further ado, here are six things I learned in April:

1. Intermittent Fasting is Not For Me

I am used to fasting for 24 hours one day every month. It is a religious tradition that I have participated in since I was a kid. But, until recently, I never voluntarily fasted as a weight loss plan because that sounded like torture.

I have a friend who recently lost a ton of weight using a series of intermittent fasting, so when she shared this series of blog posts with me, I was convinced to give it a try. Apparently, being 40 is not good for the waistline, and I wanted to lose the 15-20 pounds that have annoyingly crept on over the past few years.

For about six weeks, I fasted for around 16 hours almost every day. Basically, I just skipped breakfast and stopped eating snacks. Towards the end of that period, I also stopped eating dessert and anything with a significant amount of added sugar.

I lost a total of one pound in six weeks. I did feel better, had way less bloating, and sugar cravings were almost non-existent when I stopped eating sugar, so there were benefits. But not enough to encourage me to keep skipping breakfast.

Instead, I started eating more like the French because I am cultured and refined that way. I am still not eating sugar, but I eat three reasonable meals each day, drink plenty of water, and (mostly) avoid snacking. Since adding breakfast back in, I have lost three additional pounds so we will call that a win.

Daily fasting made me realize that I never allowed myself to get hungry before starting this journey. I ate because it was time to eat. I ate when I was bored. Or restless. Or tired. Or because something looked good. I never stopped to think about whether I was hungry before putting something in my mouth.

I find it MUCH easier to say no to food when I am not hungry because I now remember what hunger actually feels like. It is relatively easy to go for a few hours between meals without having a snack because I eat enough at mealtime to carry me through. Also, hunger is not an emergency. I know I can wait a little while, and all will be well.

I do not feel deprived, and I’m eating plenty of delicious food three times a day instead of mindlessly chomping on crackers or chips just because they are there. I think I can stick to this plan.

3. Pneumonia is a beast

My daughter has been sick with pneumonia for almost two weeks. We didn’t actually know it was pneumonia until a couple of days ago because the doctor thought it was bronchitis. The antibiotic that he initially prescribed did not even touch it. 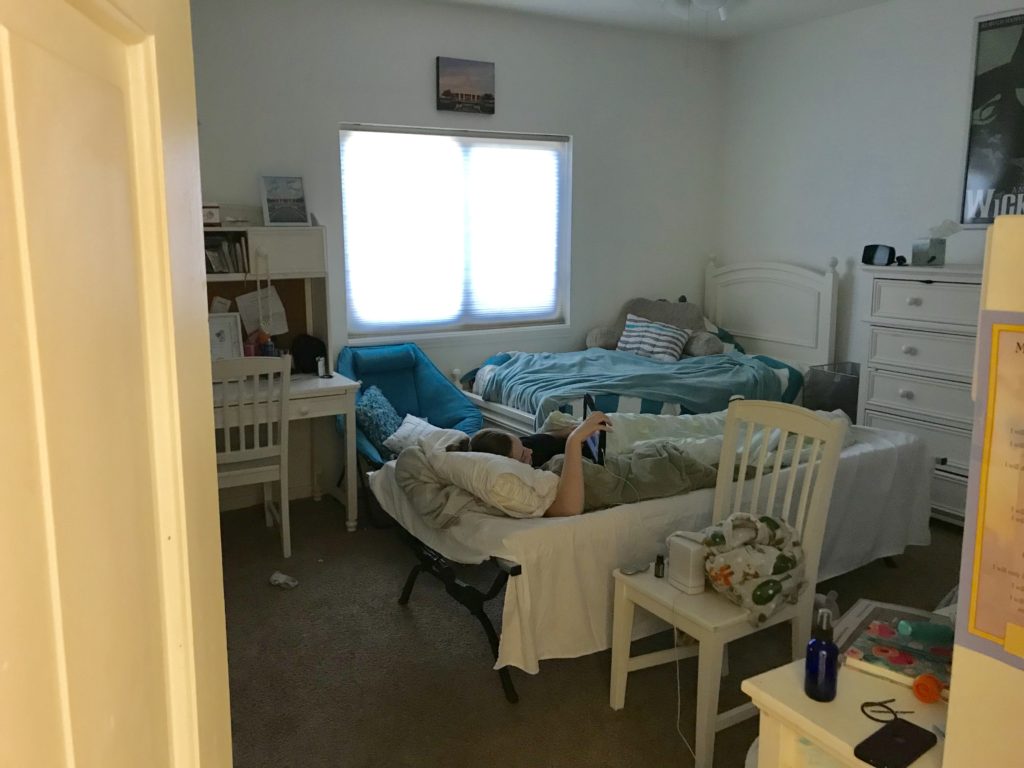 After eight days of fever and coughing like crazy, he ordered a chest x-ray and what do you know? Pneumonia. Now she is on a different antibiotic and still not feeling better on day 13 of this neverending illness.

We have set up a cot in her bedroom because she said lying awake coughing in her bed all night means she can’t sleep there anymore for now. Also, iPads must sometimes be allowed in bedrooms.

We are headed back to the doctor today. Hopefully, she turns a corner soon. Her morale is low because she feels like she will NEVER get better. If you are the praying type, she could use a few extra prayers.

4. Teachers going on strike is no joke

Arizona teachers decided to walk out of class last Thursday in hopes of getting more money. They are the lowest paid educators in the country. While I wholeheartedly agree that they deserve higher pay, this strike is a little sticky.

AP exams are coming up next week, and school is canceled indefinitely. Some teachers are holding review sessions at coffee shops to compensate, for which we are grateful. The only thing we know for sure is that AP exams will be held regardless of what happens with the strike, and seniors will still graduate as planned. The rest of the students will need to make up lost days during what should have been summer break.

It will be interesting to see how this all works out. Hopefully, it will be resolved soon.

The hood over our stove is much too low for a family of tall people, and it has very sharp corners. Living in this house for five years has taught me to watch my head when I am cooking. But I somehow forgot that the other day when I was involved in preparing something fantastic (though I have since forgotten what it was).

I hit my head on the corner of that range hood so hard that it left a significant bump on my forehead. Luckily, I have bangs to cover it up, because it went through all the stages and colors of healing. It has been a few weeks now, and the pain and bruising are gone, but the bump remains.

You can bet I will be more careful from now on.

6. Writing to a Marshallese missionary is so much fun!

I recently learned that one of my son’s previous missionary companions never receives mail or email from home. He is from the Marshall Islands, and his family’s situation makes writing difficult for them. 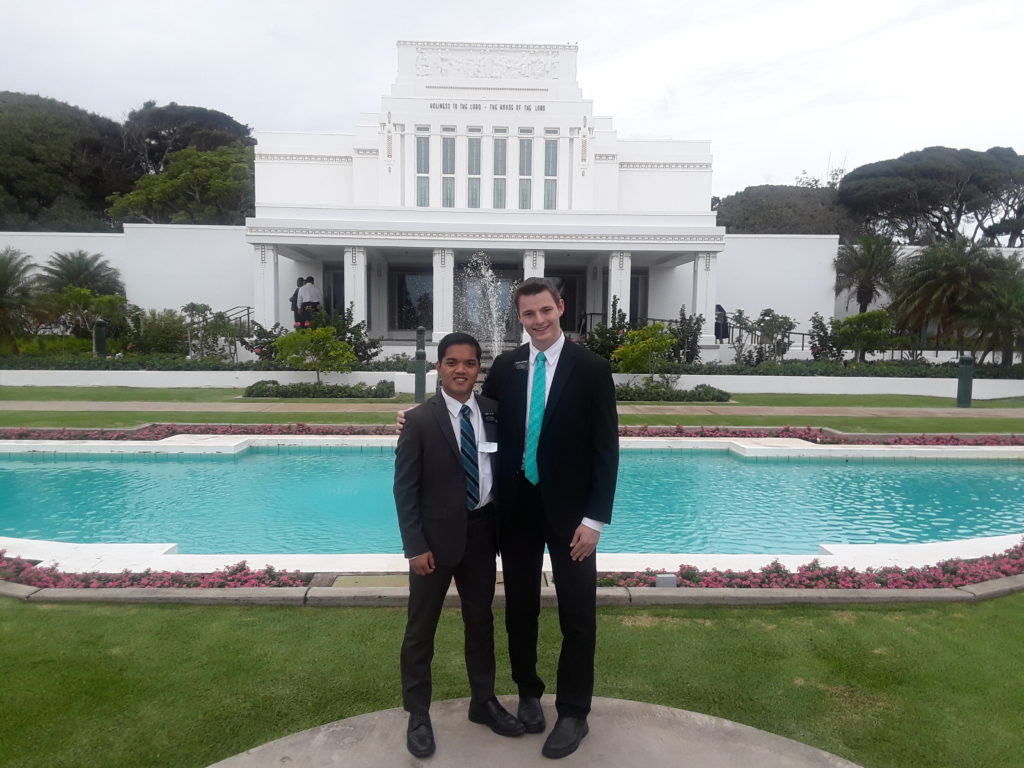 It broke my heart to think of him serving so far from home without much correspondence with his family, so I decided he needed an adopted mama to write him letters and send him occasional packages. For the past few weeks, I have been writing to him when I write to my son. He has been writing back, and his letters are so endearing. His English is very broken, which makes me love him even more.

He said (and I quote), “Thanks again for your kindness and it is okeyyy for me if you want to write me a letter.”

I love writing to him!

There you have it, friends. It was an eventful month, but I have a feeling May will be even more of a whirlwind. I am holding on for the ride.

What did you learn in April?