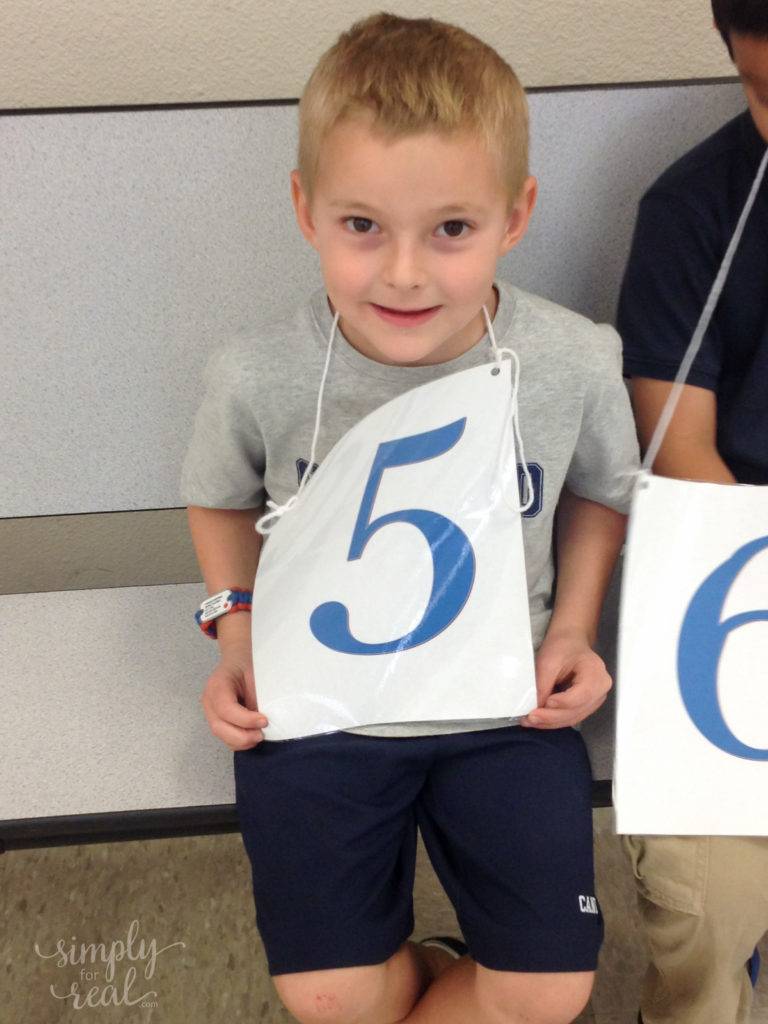 I have decided that I am not a fan of the spelling bee…at least not for first graders.

Carson is a good speller, and was so excited to represent his class in the school spelling bee. This was the bee for grades 1-3, and it was really just for “practice,” since only the older kids can move on to the regional, state, and national bees. It was run exactly the same way as the real thing, though. Their was no leniency at all, which I completely understand, because that would get out of control in a hurry. However, I still do not like this event.

Carson proudly wore his number 5, and stood up at the microphone in round one, facing a roomful of strangers who were all staring right at him. That was a little scary for this relatively reserved six-year-old. Heck, it would even be scary for some adults. His word was “also,” and he proceeded to proudly say, “l…” long pause as he processed the fact that he had started with the wrong letter and could not go back and fix it…”s..o.”

He knew before the bell rang that he had misspelled the word, but when he heard the dreaded “Ding,” his face fell. His nerves had gotten the best of him, and I could tell that he was trying hard to choke back the tears. He forgot to go back to his seat in the front of the room, like he was supposed to, and immediately rushed straight into my waiting arms. He climbed up onto my lap, buried his sweet face in my shoulder, and let those tears fall. My heart broke just a little bit as I tried to assure him that he had done a brave thing, and that he should be proud for getting up there, even if he made a mistake. He was not so convinced. He was embarrassed. He was sad. He was frustrated that he had not spelled the word correctly, even though he knew how to spell it. I couldn’t help thinking that the whole idea of a spelling bee for first graders was a little ridiculous. I was already planning on telling him that he shouldn’t participate next year, for fear of another bad outcome.

On the other hand, the reality of disappointment, frustration, and failure is one that will come up again and again in his life. It is not limited to a spelling bee. I cannot protect him from the harsh realities of life, and it wouldn’t be a good idea, even if I could. At some point, he needs to learn that life is not about winning everything, and that disappointment and failure are often precursors to success. He needs to learn that success comes from picking yourself up when you fall. How will he learn that if I shield him from the unpleasant things that have the potential to make him into a stronger, more resilient person? Those are life skills that can only be learned through experience…often difficult experience. Sometimes we parents just need to grit our teeth and let our kids experience failure so that they can learn resilience, perseverance, and empathy. It is not easy, especially when your little six-year-old is crying into your shoulder in front of 50 onlookers because he made a mistake. 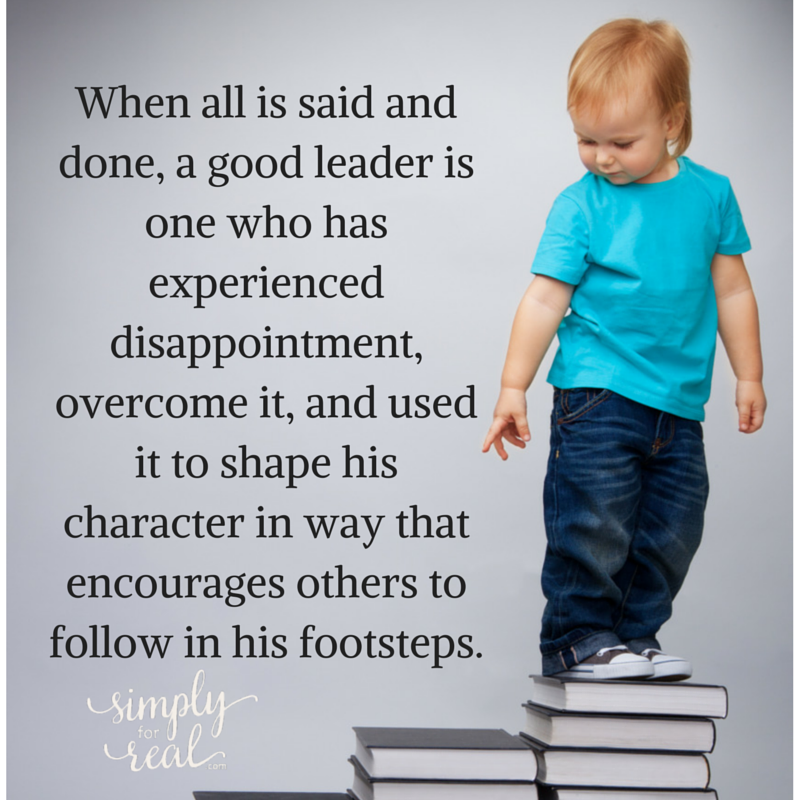 If being the first one out in round one of a spelling bee can potentially start Carson along the path to leadership, then I guess it wasn’t such a bad thing after all. But for the record, it still made me sad, and I still don’t really like the first grade spelling bee. I am a mama, after all, and when my kids hurt, I hurt. I want them to be happy, but I cannot create lasting happiness for them by sheltering them. As a result, I am redefining the term “Mama Bear.” For me, that term now refers to a mama who is protective of her little ones, but knows better than to rescue them all the time. She understands that, in order for those cubs to grow into strong individuals and leaders, she must step back and let them experience life…even the unpleasant parts. She knows that if she rescues them too often, her cubs will grow up to depend on those rescues and fail to fully embrace their own inner strength, which will be crippling in the long run. She recognizes that there are times when rescue is necessary and appropriate, and knows when to step in and help, and when to step back. Her protective nature is moderated by wisdom.

That is the mama bear that I want to be, and I am working towards that goal. I am imperfect and often make a mess out of things. Wisdom is sometimes elusive., but I am trying…and I will keep trying. Hopefully persistence will pay off for me, just as I am praying it will for my kids.