My kids are home on Fall Break this week. (Can we get a big WAHOO?!?) Since it is getting a little too dark to go hiking at 5:30 am, like I have been doing several times a week for the past few months, yesterday I decided to take the kids with me for an 8:30 am hike instead. It was overcast and 30 degrees cooler than it was just a week ago, so I was excited to get out on the trail.

We had not even reached the trailhead before the rain started coming down. The sky did not look too ominous, so we pressed forward, grateful for the cool weather and the rain. That combination is a rarity in these parts.

It did not rain for long – just enough to get us a little bit wet and make the air smell fabulous. It was perfection. 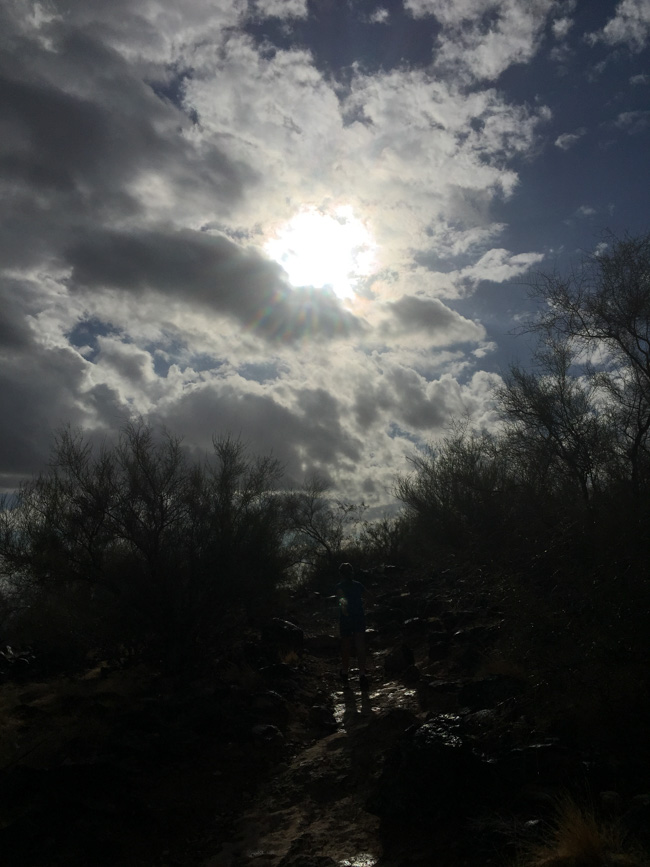 Carson seemed to be in a hurry, pressing forward up the trail at a speed that Kate could not quite match. She kept complaining that her ankle was hurting, thanks to her right foot that likes to turn in when she walks. I made a mental note to call a podiatrist to get that checked out. 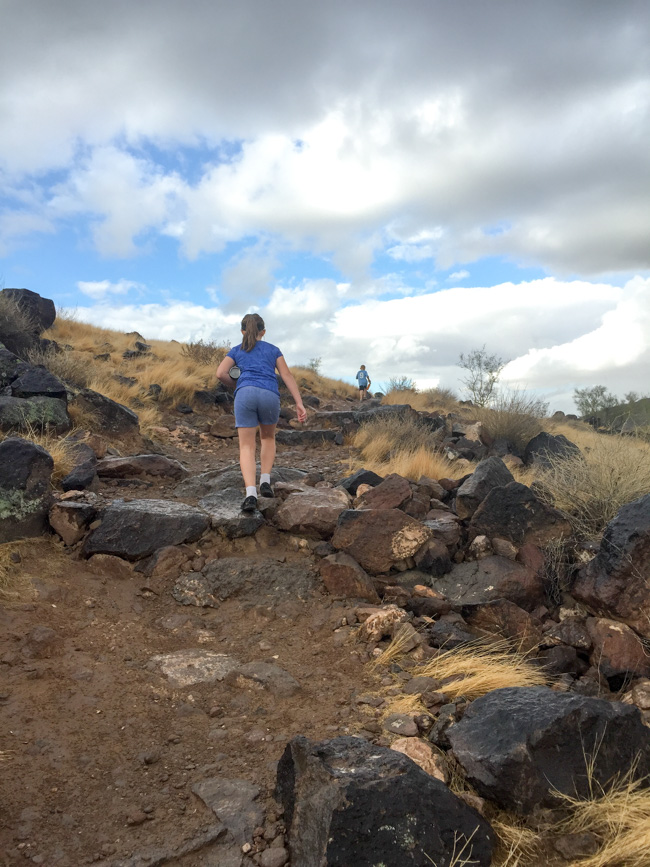 Pretty soon, Carson was out of sight. Knowing that we were close to the top and there was only one way to get there, I did not worry. Instead, I stayed back with Kate, encouraging her to keep going, despite her discomfort.

Finally, after what seemed like forever to Kate, we reached the top. The sun was out by then, and there was a beautiful rainbow in the distant sky. It was worth the effort, as it always is. 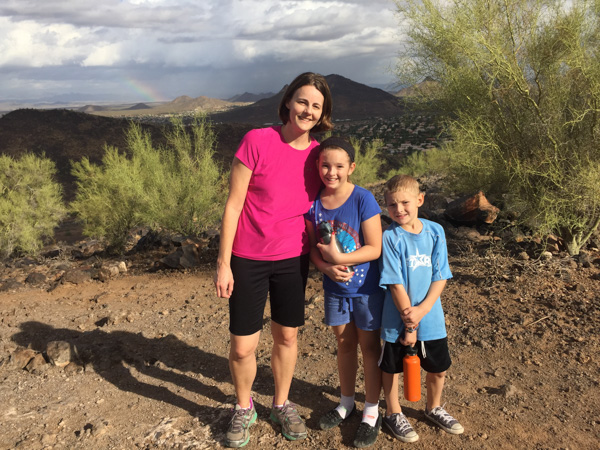 As we started back down the mountain, Kate asked me if I would carry her water bottle. Being the loving mother that I am, I said: “No. You can carry it yourself.”

Feeling sorry for his sister, Carson took Kate’s water bottle from her hands and started down the trail. He slipped three times in the first 50 yards, but got back up each time and kept trudging along, with two water bottles in tow.

Kate offered to take her water back, but he would not hear of it. He was determined to help her. 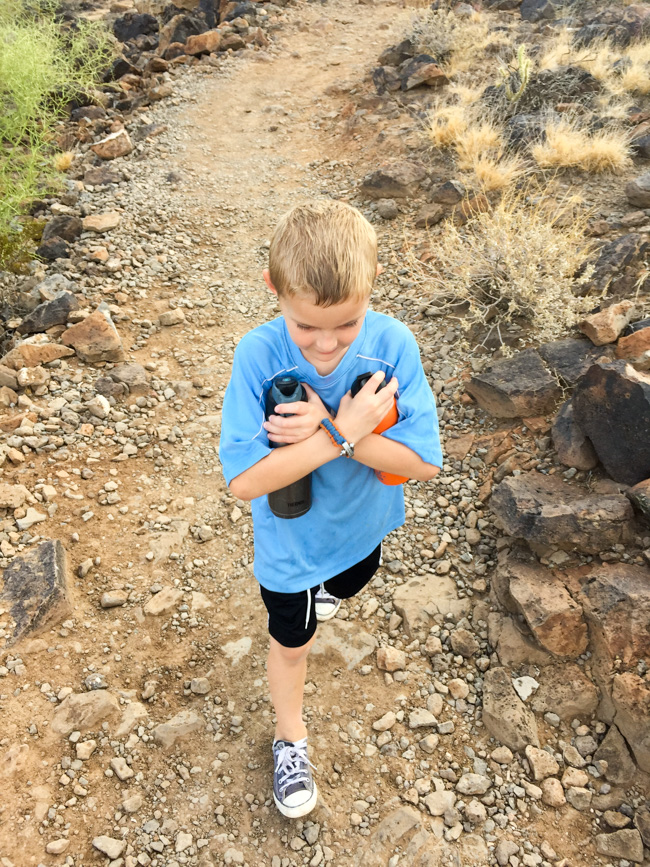 As we got further down the trail, he and Kate switched places. She hurried ahead, as he had done on the way up, and he lagged behind, carefully carrying the extra weight in his arms. 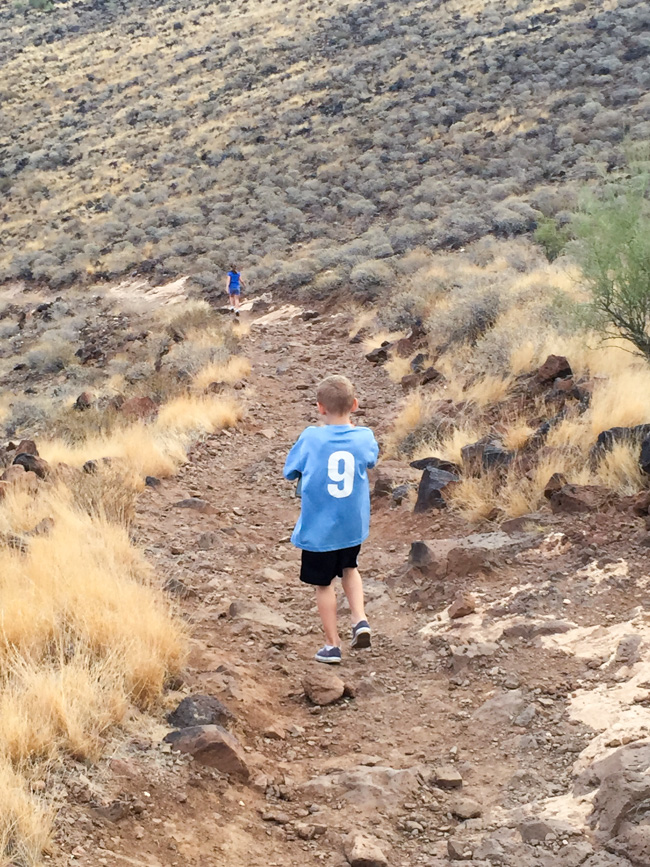 He adores her. He wrote her this sweet note, and many other just like it, when he was just learning to write. 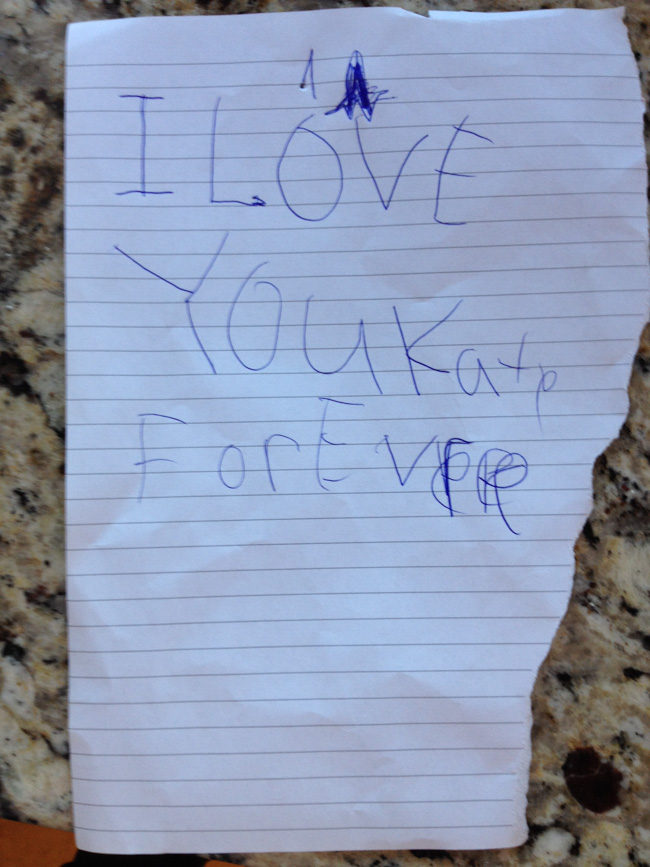 He begs her to sleep in his room every night, and often chooses to play with her rather than with other little boys his age. 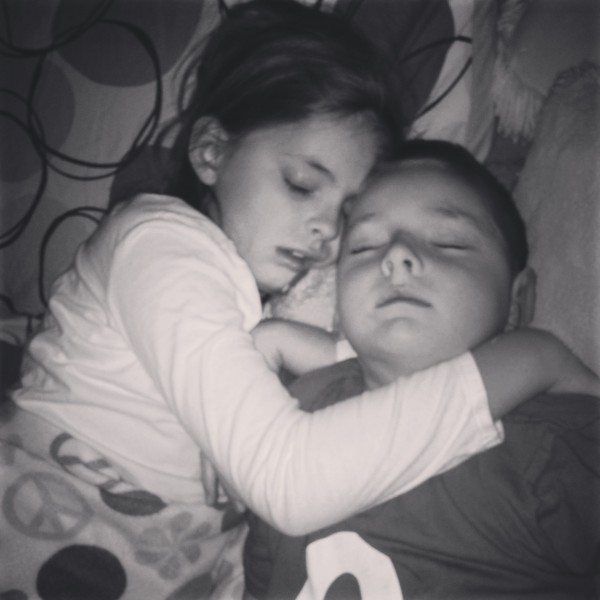 Watching him carrying her water caused my mother heart to nearly burst with joy. For one perfect moment, the entire world was right.

Then, not five minutes later, he got tired of lagging behind, and called to her to wait. She, anxious to get to the bottom, ignored his plea. He got restless and started running after her, causing him to lose his balance, fall down on the trial, and skin his knee.

I had not quite caught up to them yet, but I heard a scream that sounded something like this:

“You are so mean, Kate! This is all your fault. Why didn’t you wait for me?”

She protested. They argued. He cried. He looked down at his bleeding knee, and cried even louder.

In an instant, my beautiful moment was gone, quickly being crowded out by a healthy dose of reality.

That, my friends, is how life goes. While one moment may seem perfect, causing your heart to overflow with joy and gratitude, the next is bound to be flawed or difficult, bringing you back to the reality of your imperfect existence.

As I see it, the trick to enjoying life is to simply pay attention and look for the magical, albeit fleeting moments – because they happen daily, even in the midst of challenge, imperfection, and real life.

Look around and discover at least one today.

This is part of a 31 day series about small and simple things. See the rest of the series here.