A couple of years ago, my family was in the middle of a rather difficult time. Carson, who was then four years old, was experiencing some major health problems that took away his ability to walk for the better part of a year. 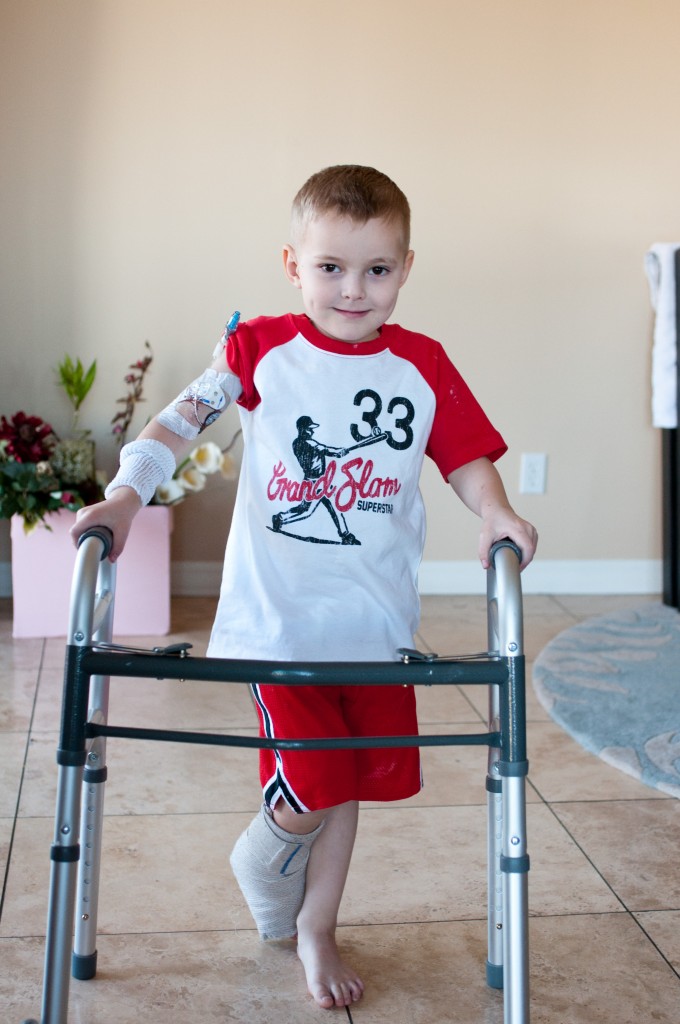 Around that same time, we felt strongly that we needed to move in order to clean up our financial situation. We faced roadblock after roadblock as we prepared for that move…including, but not limited to, a flood of our “new” 30-year-old house due to a faulty connection from the water line to the refrigerator, which happened a couple of days before we were set to move. After several weeks of flood renovation, we finally moved into our new house, just in time to start dealing with behavioral challenges with some of our other children, which most likely came about because of the stress of the move and the events surrounding it. While I am generally a positive person, I got to the point where I had a difficult time seeing the good in my life. All I saw was stress, and I felt like I would completely fall apart if one more thing went wrong.

But God is good.

On one particularly difficult Sunday morning shortly after our move, I was trying to get the kids ready for church, and one of them was giving me a run for my money. Some hurtful things were said to me…things that would normally not even bother me, but after months of stress and uncertainty, I was at the end of my rope. Not knowing what to do or say to this child who seemed bent on making me miserable, I did what any sensible person would do…I locked myself in my bathroom and cried until there were no tears left. I felt like my world was falling apart. My baby was in and out of surgery and could not walk. My new house needed repair after major repair that we could not afford. My children had forgotten how to behave, and I was sure that some of them were sprinting towards a proverbial cliff.

Going to church was the last thing that I wanted to do that day. While church is usually uplifting, I honestly did not want to be uplifted at that moment. Instead I wanted to hide under my blanket and take a nap, convincing myself that my life would be different…less stressful…when I woke up. However, with every ounce of willpower that I possessed, I forced myself to go to church…praying that I would find some peace there, and hoping that I did not have to speak to anyone for fear of falling apart.

As I sat in the meeting that morning, something rather miraculous happened. One of the speakers told a story that exactly mirrored the fears and worries that had been building in my heart for weeks before finally coming to a head that morning. Tears again filled my eyes as a blanket of tangible peace spread from the top of my head to the tips of my toes. It felt as if God was speaking directly to me through the words of this good man, whom I am certain had no idea that his words were exactly what I needed to hear that day. I did not even know him, but he provided the answer to my prayers that morning. His words reminded me that God was aware of me…that my challenges were not lost on Him…that, although things were not easy for my family at that time, they would eventually work out for the best…that He loves ME and cares about the circumstances of my life…that He will not leave me comfortless when things get tough.

Challenges come to all of us…some minor annoyances, and others so difficult that they knock the wind out of us for quite some time. But through my own experience, I have learned that God DOES hear our prayers. While He knows us and loves us, He often answers our prayers through others who are inspired with the right words to say or things to do in order to help us to feel of His love. Those wonderful people become His hands here on earth. 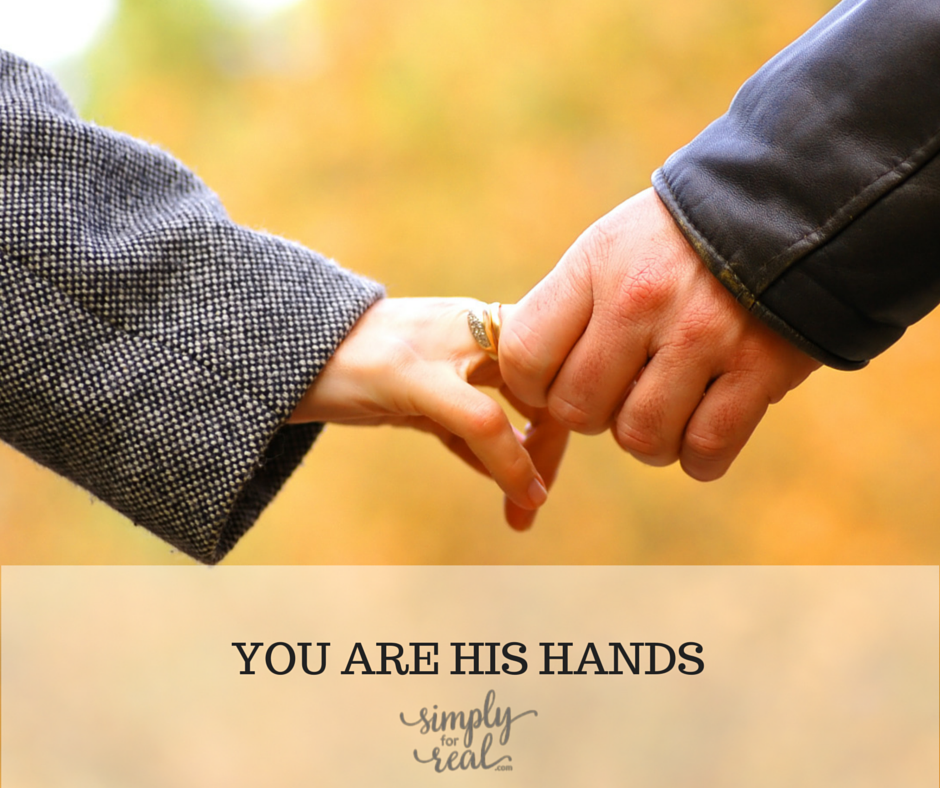 A story is told that during the bombing of a city in World War II, a large statue of Jesus Christ was severely damaged. When the townspeople found the statue among the rubble, they mourned because it had been a beloved symbol of their faith and of God’s presence in their lives.

Experts were able to repair most of the statue, but its hands had been damaged so severely that they could not be restored. Some suggested that they hire a sculptor to make new hands, but others wanted to leave it as it was—a permanent reminder of the tragedy of war. Ultimately, the statue remained without hands. However, the people of the city added on the base of the statue of Jesus Christ a sign with these words: “You are my hands.”

I will be eternally grateful for the wonderful people who have acted as His hands for me, and pray that I will be able to do that for another. I want to live in such a manner than I can help God to lift and comfort my fellow travellers on this often difficult road that we call life. I want them to feel of His love through me, so I am going to try to live my life in the very best way that I know how. Perhaps then He will be able to trust me to be a window to His love.

That is what I have been thinking about this Easter weekend.

What about you? How can you be His hands today?

When they say it goes fast, they are NOT lying.

We’re getting ready to TREK, and I could not be

The mission pictures are done. Does that make it

These shoes have hiked hundreds of miles through t

This is my life at the moment: Three of five kids