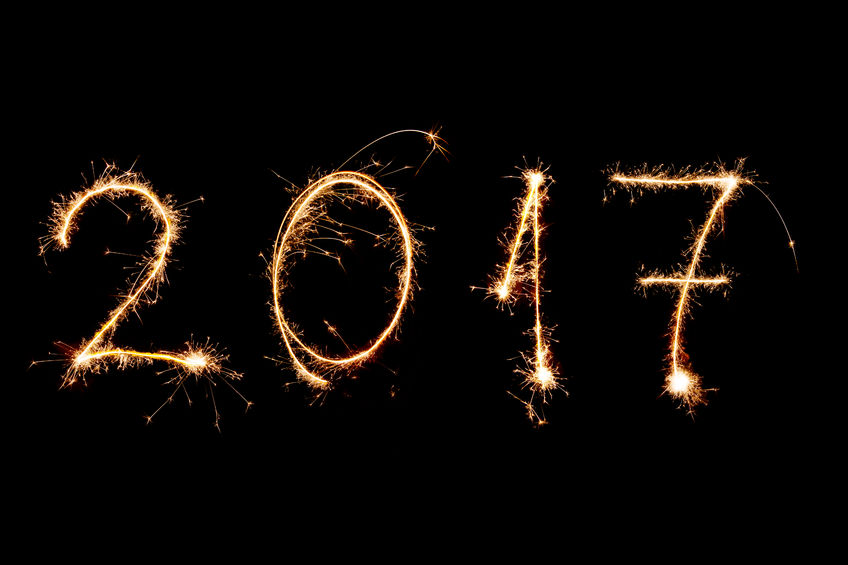 The beginning of a new year is always so full of hope and promise. Goals and the vague beginnings of plans to accomplish them are abundant as I look to the future and dream of what this year will bring.

But then, amidst my daydreams, a tiny bit of trepidation creeps into my heart. What if all of these plans never materialize? What if they lead to dead ends and failure? Should I even put myself out there and try?

Please indulge me, friends, as I tell you a little story about a girl (me), her blog, and the fear that often holds her hostage.

Once upon a time, I had five kids and, although I loved them, life got pretty overwhelming. I (barely) survived with my sanity still intact until all five of them went to school. Suddenly, I had a whole lot of time to myself.

At first, I was in heaven. I cleaned the house every single day, and it stayed clean for several hours until the kids got home. I caught up on some projects that I had set aside for years. It was magical.

Then, after a while, I felt like a lost puppy. I could not figure out who I was in this new chapter of life.

Boredom crept into the hours of quiet solitude that I had each day. Cleaning the house no longer fulfilled me and I needed an outlet that felt worthwhile; important, even.

I had, at that point, blogged privately for years, back in the days when everybody had a family blog. I enjoyed it immensely, and the process of writing my story filled a space in my heart that I didn’t know needed filling.

I secretly felt like I was pretty good at it. I thought that my words were more insightful than the daily chronology that was so popular in blogs at that time. I wondered if, perhaps, I could use my passion for writing to somehow make a difference for people other than my family and friends.

Although I flattered myself with thoughts of that nature, in reality, the prospect of blogging publicly scared me silly. And, yet, I was inexplicably drawn to it in those quiet moments when all of my kids were at school.

On somewhat of a whim, I set up a WordPress site, with no clue what I was doing, and no clear idea of what I wanted to accomplish. But I started writing.

A few months later, by some stroke of luck, one of my posts went crazy viral. Within a few days, there were close to 750,000 visits to my humble little blog. I had emails from several sites who wanted to republish my work, including the editors of the Deseret News and the Huffington Post.

The Huffington Post! Everybody knows about the Huffington Post, and my article did well enough there that they translated it into several different languages. Not only that, but I could now publish weekly articles on that popular site.

How in the world did that happen to little old me? Perhaps I did have what it took to be a real blogger, after all.

My few minutes of fame died almost as quickly as they came, and soon my blog was back to being obscure. I published a couple more articles on the Huffington Post, and then let that exposure fade into memory.

The truth is that I was scared. Of rejection. Of judgment. Of failure. Of offending people. Of being a one hit wonder. Of not having anything else to say that people thought was worthwhile.

For two years since then, I have gone back and forth between wanting to grow my blog and being terrified of that prospect for all of the reasons that I just mentioned. I have simultaneously vacillated between loving blogging and being thoroughly exhausted by it, so much so that I wanted to walk away for good a few months ago.

I was tired of the competition. Of the comparison. Of feeling like I was never quite enough to be in the same league as those who have made names for themselves in this business.

And, yet, I could not bring myself to leave it behind. Somewhere, deep within my heart, a little whisper would not stop saying, “Your voice matters and you need to let it be heard.”

In the last six months, a quiet transformation has occurred within me. While I have been laying low on social media and focusing my energy on nurturing relationships with those on my small email list, I have found deep fulfillment in blogging.

Those lovely ladies have allowed me to get to know them by responding to my emails. They have told me that they are listening and assured me that what I have to say is making a difference for them. And that has made everything worthwhile.

In the meantime, I have not been able to shake the feeling that it is time for me to push forward, to set aside my fears and attempt to grow this little blog. As you can probably imagine, that thought leaves me with shaky knees.

However, with a new year upon us and a renewed passion for blogging in my heart, I am going to stand and face my fears head on. My knees may be weak, my heart may be pounding out of my chest, and the nagging voice in my head that says, “Who wants to listen to me?” may be growing louder with each step forward.

But I’m going to walk in the direction that is calling me from a place deep within my soul, despite the constant reminders of my misgivings. I am no longer going to allow my life to be directed or defined by the things that scare me.

I am going to look fear in the eyes and kick it to the curb.

I have no idea how things are going to turn out. I might fail miserably. I might never reach the goals that seem so promising right now. But I am going to give it my all.

As I start out on this new journey, I just want you, my few and faithful readers, to know how much I appreciate you for believing in me. Thank you for your words of encouragement and your support as I have struggled through the process of finding myself as a blogger. My heart is overflowing with gratitude.

Are you struggling with fears in your life that seem to be holding you back? Is there one that you can work on overcoming this year? Tell me about it in the comments section, if you feel so inclined.

They thought a bullet would eliminate a budding ne

Yesterday, I celebrated 45 years of life on this e

Do you ever feel hopeless? A victim to your circu

It’s official! Our home is now a branch of the M

The wounds are still fresh from a life lost much t

Today I sat in awe as my daughter spoke with confi