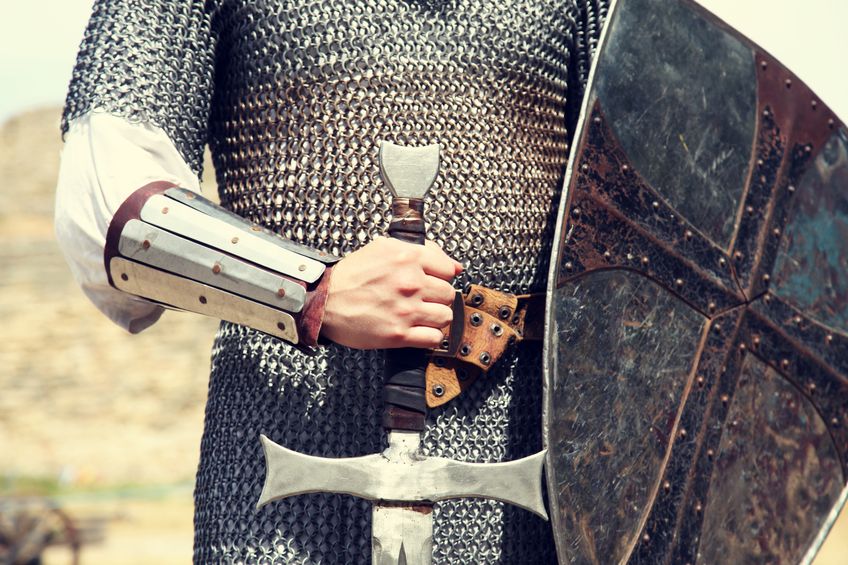 Last summer, my family took a trip to Washington DC. As we visited the sites and learned more about our founding fathers, the one theme that powerfully and repeatedly arose was that America was unequivocally built upon a belief in God. The men who fought for our Independence and drafted the Constitution trusted Him and looked to Him every step of the way. Divine guidance and protection were written all over the miraculous events that led to our defeat of the British during the Revolutionary War and our ultimate sovereignty.

I especially love this quote that is engraved upon the wall of the Thomas Jefferson Memorial: 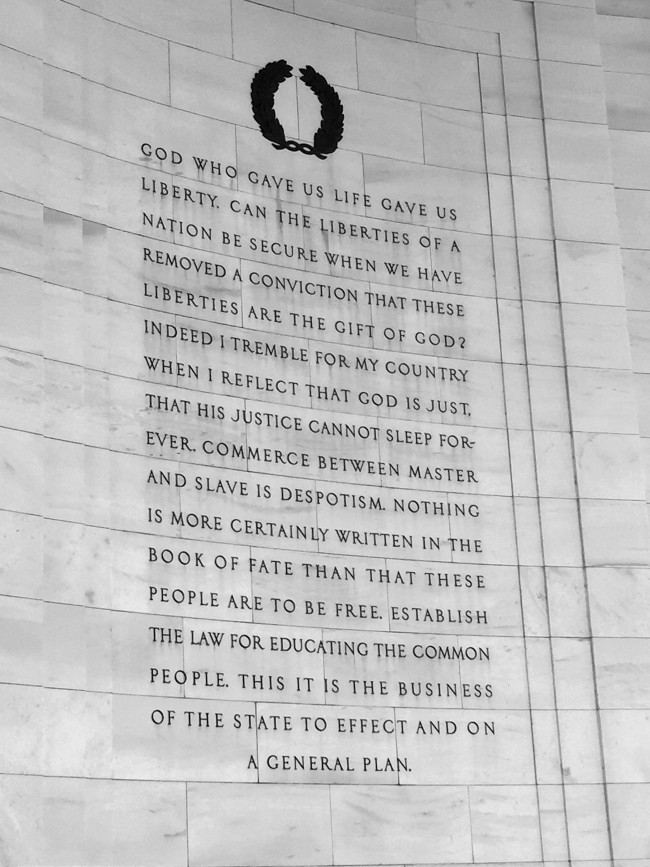 “Can the liberties of a nation be secure when we have removed a conviction that these liberties are the gift of God?”

It seems as if we are heading in that direction, and what will happen when we get there?

The fact is that I am gravely concerned about some societal trends that have been developing for years and seem to be escalating at an astounding pace. The traditional family is under intense fire, and those who support it are mocked and viewed as uncompassionate bigots.

As the family struggles to stay afloat, Christian believers are persecuted because their faith contradicts with the pervasive philosophy of moral relativism, where there are no absolutes and no rules, no right and no wrong. Except if you believe in a God who issued commandments and holds people accountable for their choices to break them; then you are wrong.

References to God and evidence of belief and trust in Him are abundant in our nation’s history (“One nation under God; In God We Trust”). But those who believe in the same God that our forefathers followed in establishing this nation – a God who does not change His commandments based on popular opinion – are now ridiculed in the very same country by people who are offended by such faith and the values that accompany it.

Religious speech is in danger of being forced to give way to the ‘rights’ of those offended by such speech. If that happens, we will have criminal prosecution of those whose religious doctrines or speech offend those whose public influence and political power establish them as an officially protected class.

I fear we are on the slippery slope to moral anarchy and the ultimate disintegration of religious freedom.

I make no apologies for the fact that I believe in God and espouse traditional Christian values, which means that I also believe in moral absolutes. God’s laws of right and wrong are not up for debate and will not be redefined to align with current social pressures and trends. God himself confirmed this in Malachi 3:6:

For I am the Lord, I change not.

Sadly enough, it is a characteristic of our age that if people want any gods at all, they want them to be gods who do not demand much, comfortable gods, smooth gods who not only don’t rock the boat but don’t even row it, gods who pat us on the head, make us giggle, then tell us to run along and pick marigolds.

Talk about man creating God in his own image! Sometimes—and this seems the greatest irony of all—these folks invoke the name of Jesus as one who was this kind of ‘comfortable’ God. Really? He who said not only should we not break commandments, but we should not even think about breaking them. And if we do think about breaking them, we have already broken them in our heart. Does that sound like ‘comfortable’ doctrine, easy on the ear and popular down at the village love-in?

That rings hauntingly true. But where does it leave us as believers, especially when we are raising children in an environment that is growing more hostile towards those of faith?

Do we, like Peter of old, deny Christ because of societal pressure, even though we know of His power, His grace, and His mission to save us?

Do we walk away from the truths that we once held dear because spiritual apathy is the way of the future, so we might as well embrace it?

Do we stay neutral or indifferent, afraid of the consequences of taking a stand?

Do we put being accepted above courageously standing with God?

The answer to all of the above questions should be a resolute and resounding:

Now, more than ever, we need to be courageous in defending our beliefs. 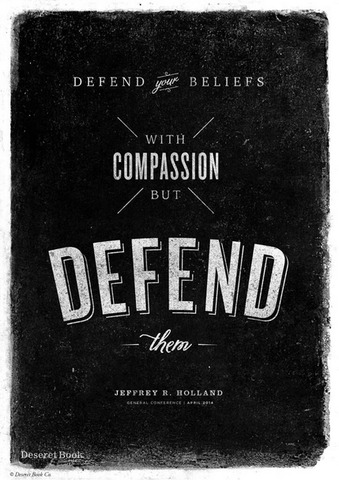 We need to stand up against the spiritually destructive onslaught of moral relativism that is cleverly disguised in the sheep’s clothing of tolerance. We need to teach our children the truths that we hold within our hearts, and then show them how to stand strong in the storms of criticism that will inevitably come.

In doing this, we can gain strength from the Savior’s words to His disciples in John 15:18:

If the world hate you, ye know that it hated me before it hated you.

Are we better than He who suffered and overcame all?

The road to Christian discipleship has always been narrow and steep. It has never been a particularly easy path to follow, not even for those who walked the dusty roads of Galilee with the Master so long ago. But it is a path that comes with a promise (John 14:18):

I will not leave you comfortless: I will come to you.

May we press forward, having steadfastness in Christ, knowing that all things are in the Lord’s hands, and it is our job to stand with Him, particularly when it is difficult to do so. That does not mean that we should belittle or criticize others who believe differently than we do; there is always room for respect and compassion, even (and especially) amidst disagreements. But we MUST NOT SHRINK in the face of opposition, either.

While it will likely become more challenging in the coming weeks and years ahead for those with traditional values to courteously stand firm amidst growing contention and confusion, we would do well to ponder this question that the Prince of Peace himself posed to His disciples over 2000 years ago:

Will ye go away also?

To which Peter answered in John 6:68:

Lord, to whom shall we go? Thou hast the words of eternal life.

I don’t know about you, but I cannot bear the thought of standing before my Savior one day and trying to explain why I did not stand in defense of Him when the winds started blowing, and the water turned turbulent. There is not an excuse in the book that would feel valid when looking into the penetrating eyes of the one whose hands and feet still carry the scars of the unjust torture that He, the only perfect and innocent man to ever walk the earth, meekly and willingly suffered on my behalf. 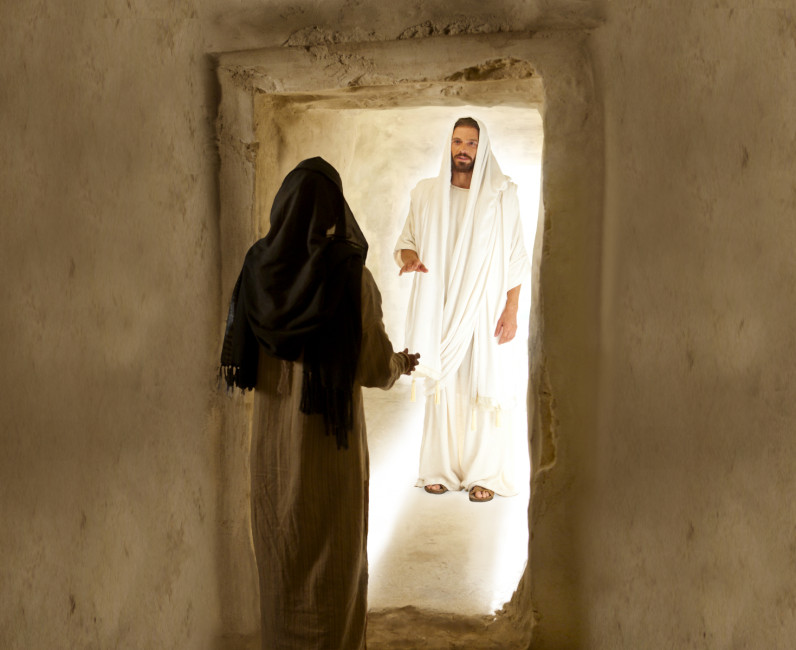 There are many things that I do not comprehend in their entirety, but I have faith in one who does. I believe that He will someday compensate for the injustices and inequality that befall those who trust and follow Him, and everything will be ultimately be made right and whole.

With my limited vision, I will leave the details in the hands of the one who can see the end from the beginning, focusing instead on giving Him the only thing that is uniquely mine to give: my will. I will stand with Him, courageously defending morality in an increasingly sinful world.

Consider this a call to arms – an invitation to leave the comfortable sidelines and stand as witnesses of God, lifting your voices in defense of Him and His commandments while remaining considerate towards those with differing viewpoints. Who is willing to stand with me? 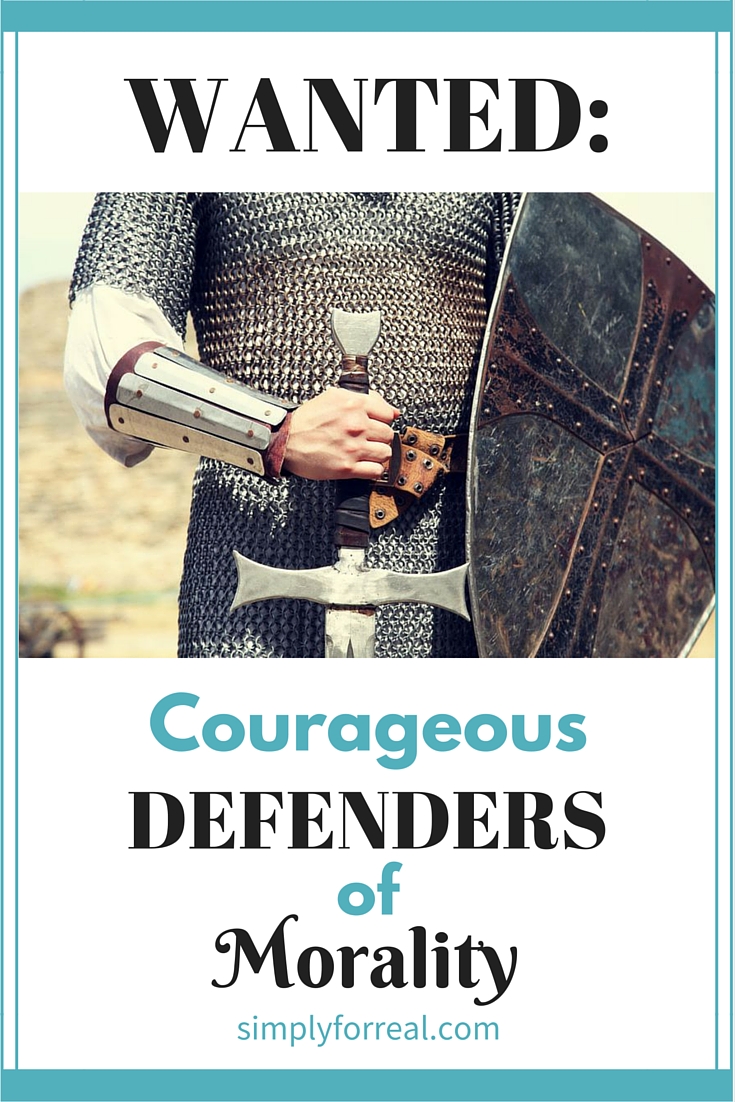