He was seven years old and as headstrong as they come. A perfectionist to the core, he could not handle being wrong, which meant that he did not know how to take punishments in stride; they were always grounds for war. 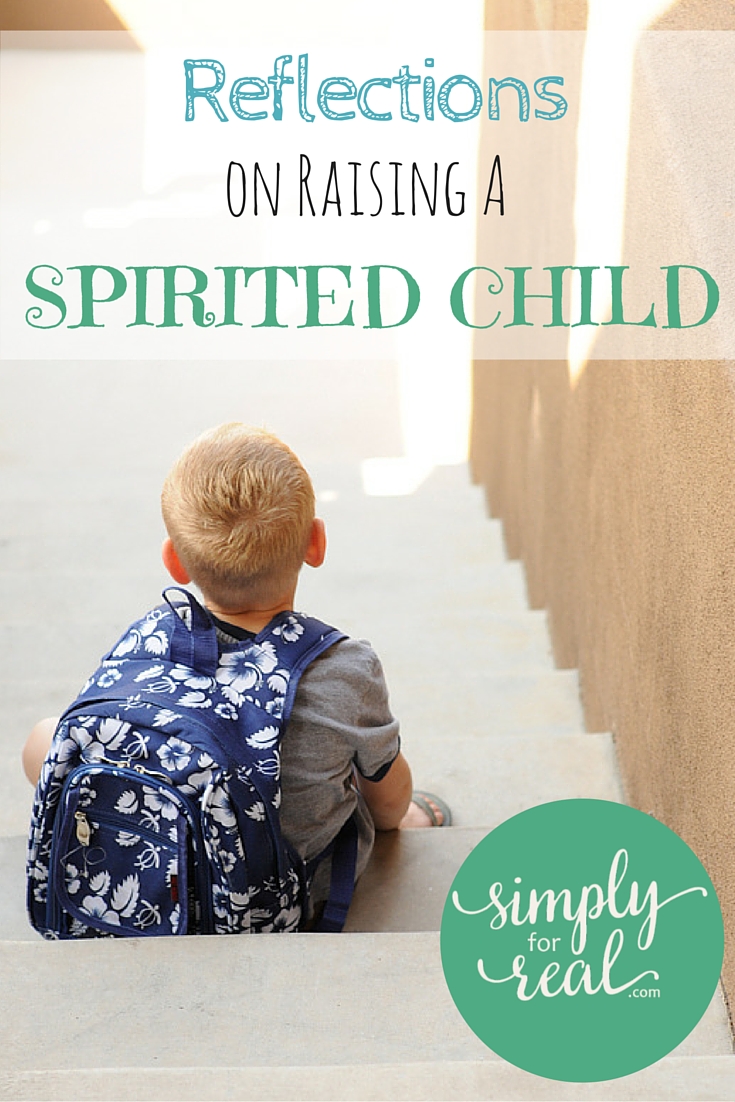 On this particular blustery October evening, that intelligent and willful boy with the disheveled brown hair and penetrating chocolate eyes had worked himself into a frenzy over a minor infraction that led to temporary confinement in his room. As his temper heightened and his fragile sense of self-control evaporated into oblivion, his dad came into his room for a chat.

But chatting wasn’t exactly what the boy had in mind; he was ready for a fight. Patience was thin on both sides, and soon the phrase, “I am running away,” pierced his mother’s ears as she anxiously listened to the heated exchange from downstairs.

Soon, thanks to his father, the boy’s backpack was filled with a change of clothes and his beloved blanket. Then his dad took his hand and led him right into the cold night air, with backpack in hand and no shoes or jacket to protect him from the cold, as there was not time in the midst of such a heated encounter to think of those.

The door shut behind him while his father’s instructions to find a home with people who loved him more than his family rang in his ears. Was there such a place?

His parents watched from the living room window, anxious to see how this would play out and ready to hop in the car and follow him if he decided to start running. They suspected that he just needed some time to cool off before coming back inside, humbled and apologetic.

He stayed on the porch for several minutes, too cold to go anywhere without his shoes and jacket and too proud to admit that he may have been wrong; his spirited nature forbade it.

Finally, after what seemed like forever to his waiting parents, he opened the front door and came inside, head down and shoulders slumped, dragging his backpack behind him in utter defeat.

“I’m sorry,” he mumbled, almost too quietly to understand, as he walked into the waiting arms of his mom and dad, who were grateful that the situation had diffused rather than backfired.

I will not say whether his parents made the right decision by pushing him out the door because I am unsure. But I do know that he never threatened or attempted to run away again.

Call him stubborn, strong-willed, or spirited. He is all three of those things, but I call him mine.

Now 17 and preparing to leave home for college and missionary service, he is a more mature and level-headed (most of the time). In fact, I see much of myself in him: the way he gets hyper-focused on a single idea. His tendency to procrastinate. The way he always pushes himself to do his best. The way he hates to make phone calls. His love for experimenting in the kitchen. His sensitive heart that leads him to help others.

My mom tells me that I was a headstrong, strong-willed and spirited child myself and I think I turned out alright. Maybe the stubborn persistence that made him impossible to reason with as a child will end up being a blessing, after all.

The jury is still out, but I no longer lose sleep over him like I did when he was seven. I am hopeful that things will turn out just fine.