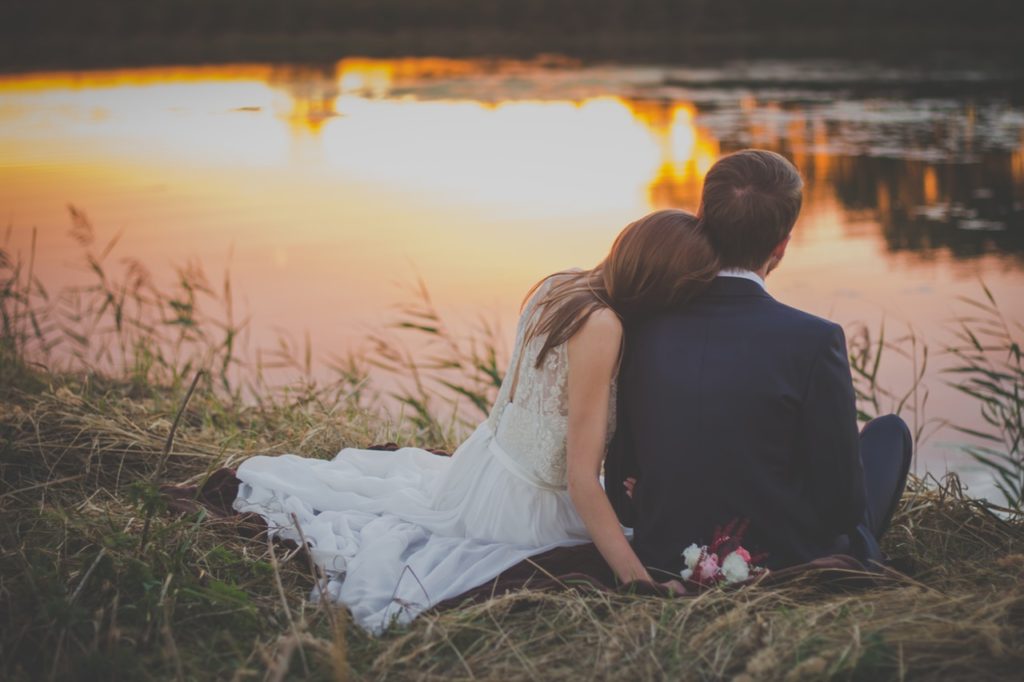 My youngest daughter just turned 11 years old. As part of her yearly physical, the doctor encouraged me to vaccinate her against HPV – a vaccine that has become fairly standard. Undecided about whether I wanted to immunize her against a sexually transmitted disease, I declined the vaccine for now. While he admitted that there was no particular rush, he also said that I should do it before she becomes sexually active.

“Hopefully, that will be a few years away,” he said, “but you never know.”

She is 11 years old, for crying out loud. She still sleeps with a bed full of stuffed animals and likes to sit on my lap from time to time. Hopefully, sexual activity is more than just a few years away for her. But I am supposed to prepare for the reality that it may happen at any time?

It becomes more apparent with each passing year that we live in an increasingly sexualized society. Thanks to the media, sex bleeds into nearly every aspect of life. It is marketed on the big screen, the Internet, magazines, billboards, books, and TV shows. Just in case that is not enough, it is also used to sell all sorts of products from hamburgers to perfume and everything in between.

The message is clear: everybody who is anybody is doing it.

It is no secret that abstinence is no longer in style. Casual sex is the norm, and many people expect teenagers and young adults to follow suit. How could they possibly resist when society feeds them a constant diet of glamorous sexual references?

But what about the consequences of such behavior? Too often, those are absent from the discussion, nonchalantly mentioned like an afterthought, or conveniently swept under the rug.

In 2013, the CDC reported that 47% of high school students surveyed admitted to having had sexual intercourse at least once, while 34% had had sex during the previous three months. With those numbers, it is not surprising that nearly half of the 20 million new STDs diagnosed each year belong to youth between the ages of 15 and 24, in addition to the 273,000 babies born to girls ages 15-19 in 2013 alone.

While there is a myriad of resources to educate teens about pregnancy, birth control, STDs and condom use, which are unarguably important, where is the dialogue about abstinence? Amidst all of the hype about sexual rights, where is the talk about the sanctity of sex? Where is the discussion about self-control? Are we above that?

It cannot be disputed that teenagers are raging balls of hormones. They are interested in sex because that is how God designed them to be. Those strong and persistent feelings that begin in the teen years are natural and normal and God-given. They ultimately help to create and cement marriages and families. But they are meant to be kept within the bounds the Lord has set, and that requires a good deal of teaching and an abundance of self-control.

Society, however, tells us a different story.

But the truth is that you simply cannot separate the act of sex from its potential consequences.

I teach my kids the old-fashioned value of abstinence before marriage because, not only is it God’s plan, which is reason enough for me, but it will also provide them with safety and peace of mind if they choose to adopt it. Isn’t it interesting that following God’s laws coincides with safety and peace?

I teach my teens abstinence because it is a happy path of less worry and more freedom. I teach them that sex is a beautiful and important part of a healthy marriage, but experimenting with it outside of those bonds is dangerous because they are not free to choose the ramifications of such indulgence, regardless of whether or not it is “safe sex.” In my mind, sex is only truly safe when it is between a faithful husband and wife. 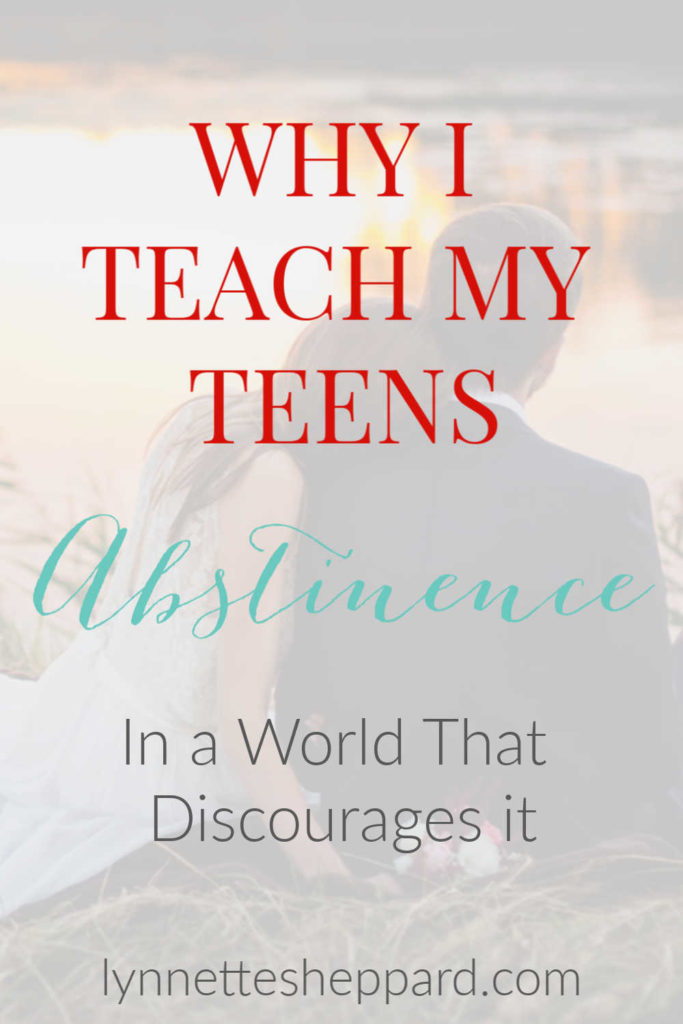 I teach my kids that they are perfectly capable of controlling themselves and waiting until their wedding night to give in to their passions, regardless of how strong their feelings may be. The notion that teens are slaves to their desires is ridiculous.

The ability to choose is one of the most fundamental parts of being human and young people are not exempt. It is, in fact, vital for them to understand that their choices, in large measure, will determine the outcome of their lives. So they had better choose wisely.

While recreational sex appears to be the way of the future, I refuse to sit idly by, expecting my kids to become sexually active while in their teen or young adult years because that is just what kids do these days. I refuse to believe that I am powerless to teach them the value of chastity in a world of shifting morality.

Societal norms do not dictate my parental decisions, so I will teach on, even though it sometimes feels like I am fighting an uphill battle to correct false paradigms and dangerous assumptions surrounding current sexual trends, and despite the reality that my kids may choose not to follow my counsel.

The world may not ever go back to the days when sex was sacred and largely saved for marriage. We may never again live in the safety of collective societal values such as abstinence, which is all the more reason for those of us who believe in such values to unashamedly teach them in our homes.

Call me crazy. Call me out of touch. Call me old-fashioned. That will certainly not change my mind, and I might even take it as a compliment.

I am convinced that those who grew up in the olden days understood a few truths that we modern folks have fooled ourselves into thinking are no longer relevant. The importance of chastity before marriage is one of them.

For one who does not buy into this progressive mentality, old-fashioned has never sounded so good.