When I was 16 years old, I had a church youth leader who left an indelible imprint on my life.

I was young, impressionable, and insecure. Although I tried to make good choices, my faith was still not on solid ground. She was a rock of faithfulness who never wavered. Even when her 19-year-old daughter was tragically killed in a car accident, she turned to God and inspired many with her quiet strength. 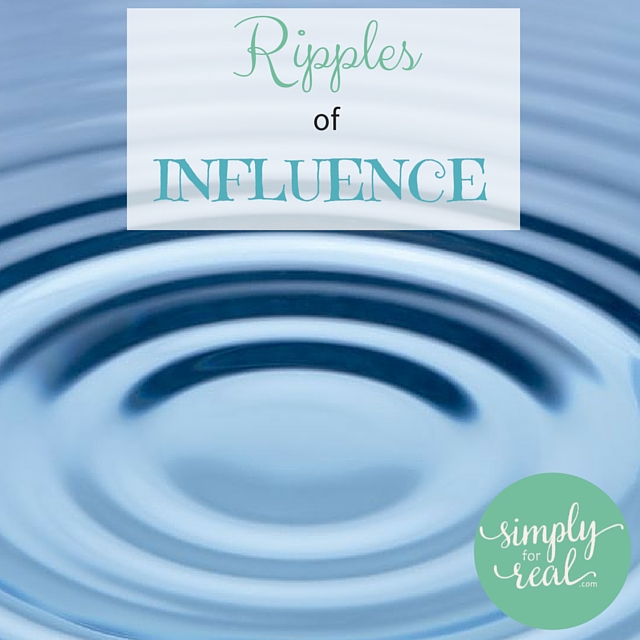 Although she was not one to call attention to herself, she knew what she stood for and what direction she was going. That confidence radiated from her countenance as sure as if she were holding a candle in the darkness. When my faith felt dim, I followed her, convinced that her light would illuminate the path ahead of me, which it always did.

I wanted to be just like her, and still do. When I was asked to lead a group of young women at church a couple of years ago, all I could think about was how I wanted be a leader just like her – one who could inspire the girls in my charge to create lives of goodness.

While I remember telling her at one point that she was my hero, I don’t know that she really understood how deeply I meant that. She probably had no idea how much strength I gained from her, and I’m sure she does not know that her influence is still affecting my life, 22 years later.

As I think about this beloved youth leader and others like her, it becomes clear that the people who have had the most influence for good in my life have not been those who have spent their days in the spotlight. Rather, they have been those who have humbly gone about their lives, doing their part to love and serve those whom they meet along the path, with no thought of recognition or reward.

Those individuals may seem small by worldly standards. But, to me, they are giants.

But what if we have it all wrong? What if our seemingly small influence is not really small at all?

I think of the ripples that are created when an ordinary pebble is thrown into a still mountain lake – growing wider as they spread across the surface of the water. The pebble, as it sinks to the bottom, does not have the opportunity to see the beautiful circles of influence that it creates. However, that does not diminish the clear reality that they are there, quietly reaching across the stillness.

I believe that each of us has more influence than we realize – influence that cannot be measured by the number of followers we have on social media, the number of comments that we receive on a post, or how many people know our names. The kind of influence I am talking about is determined by how we treat others, and how we choose to live our lives, for good or bad.

When we reach out with love and quietly lead by example, we can leave a powerful and lasting impression on others. The impressions that we make on others, however, are not always made known to us, and we may feel at times as if our lives are not making any difference at all.

However, we do not know how far the ripples of our influence and example will extend. We do not know how deeply others may be touched as they learn from the lessons that we teach with our lives. I know because I have experienced that in the small and simple, yet magnificently powerful, example of my cherished youth leader so many years ago.

I am not saying that those who are in the spotlight do not have a powerful influence, because they absolutely do. They can touch the lives of many in ways that I cannot imagine. Most of us, however, are not on the big stage speaking to the world. We are going about our daily lives and working in small circles instead of big crowds. Yet, I am convinced that we ordinary folks have a vital and widespread influence in a different sort of way.

With that in mind, may we let go of our desire to be noticed and appreciated by the masses, and relish in our smallness, realizing that there is really nothing small about it.

Think of those who have made a powerful impact on your life. What is it about them that left a lasting impression on you? How can you use your influence for good, even if your reach seems small?

This is part of a 31 day series about small and simple things. You can see the rest of the series here.

My husband and I wrote letters to each other every

After an hour of messy tears and unloaded burdens

What battles are worth fighting with your kids?⠀

Are you liking the new 5-minute podcast format??

"I HATE YOU, MOM!" she said as she slammed the doo

My friend, Rhonda, from @iamrhondasteed has an ama