It may come as a surprise to you that I was a nerd in high school. I didn’t want to believe it then, but it is evident to me now that I am 20 years removed from those days. I was a cool nerd, but a nerd nonetheless. 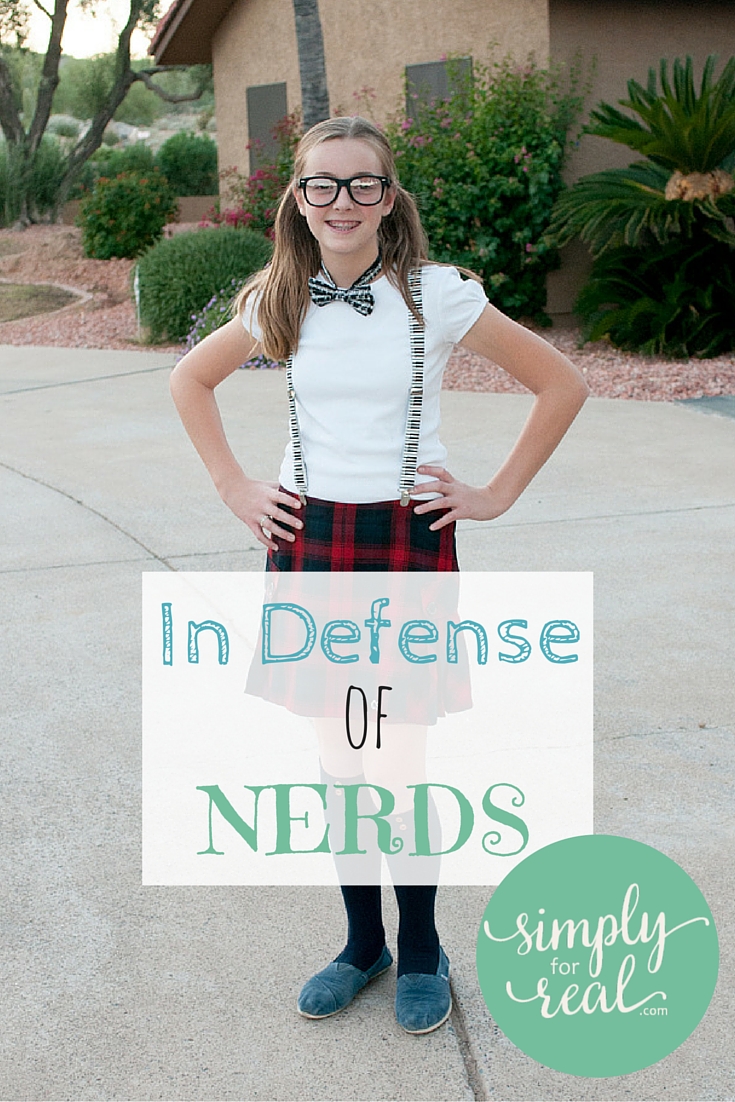 I enjoyed school (Except for math…who needs that anyway?) and was dedicated to my studies, but popularity was elusive for me. I was a proud member of the marching band Colorguard during the fall and a flautist during the winter and spring months. Band was my life. I could twirl and toss a flag with the best of them, but when I say that I played the flute, I use the word played very loosely. With an extensive flute section, I could get away with faking 16th note runs when I could not actually play them, which was most of the time. Pretending to blow while moving my fingers really fast was one of my many talents. 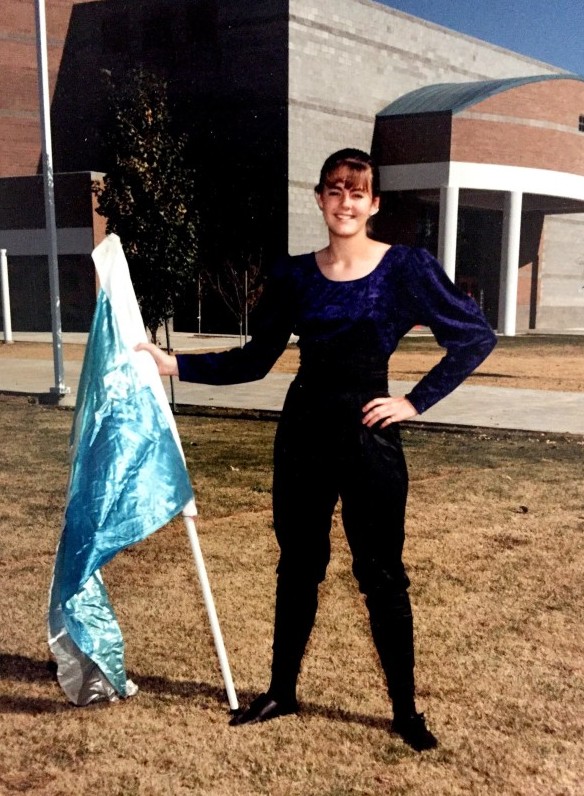 Practice? Nah. Not for me. I was an excellent musician (the proud owner of first chair once) until about 8th grade when people actually started taking it seriously or quitting. I am not a quitter, so faking suited me just fine. Plus, it did not require private lessons because I was naturally good at it, which made it a win, win, I tell you. And did I mention that band was the origin of my social life? I could not walk away from that.

I look back on those days with much fondness.

My husband was an even bigger nerd than I (Sorry, honey). It took him some time to learn how to hone his social and jovial nature. For a while, people did not understand his humor.

His high school friends nicknamed themselves The Nerd Herd. When they were not playing in the school band (which was not nearly as cool as mine, by the way) or singing in the choir, they spent almost every weekend toilet papering homes around town and trying not to get caught.

We make a great pair, and today you would never know of our former nerdiness. OK, maybe there are small hints here and there, but mostly we are as cool as cucumbers. Just ask our kids. 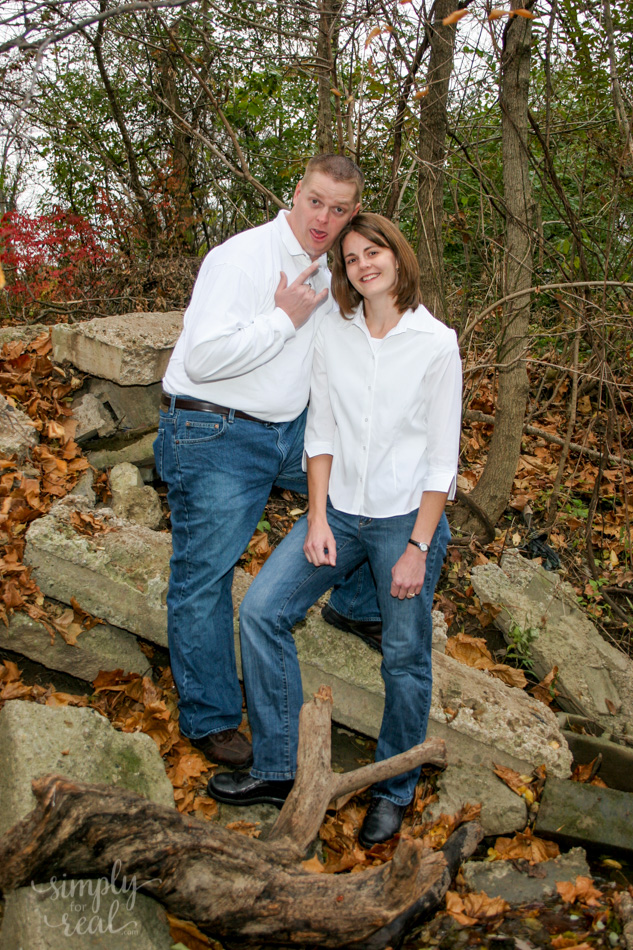 Greg is putting his social energy and quirkiness that was once rather awkward to good use in his pediatric dental practice. He relates to his patients and their parents in a way that endears him to the community. His goal is to persuade kids to love the dentist, and he is widely successful at that, thanks to his silliness and talent for making them smile. Plus, he is like a big kid himself, a quality that I mostly love. Just don’t ask me on days when I am in no mood for joking.

His musical gift from his former band nerd days has been passed onto some of our children who love music more than just about anything. As we have already established, they did not get that from me.

My former nerdiness helps them out on days when they come home sad because they were left out. Again. I can relate to that one as it was the story of my teenage life. I tell them to hang on and be kind and they may someday turn out just like me. Apparently that is not comforting. I don’t know why.

With two former nerds as parents, my kids have two strikes against them in the realm of popularity. There is no athletic prowess in these genes. I could tell you some stories, but I will spare us the humiliation. I will just say that a tackling dummy was involved.

We have height on our side, mind you, but that does not always translate into coordination. Sometimes it leads to exactly the opposite. Since I am 5’9”, people always told me that I should play basketball, but only until they saw me play. I was that good. And I still bear the scars from a hurdling accident on a dirt track in the 7th grade. It was not a graceful fall. Try not to be jealous of my skills.

But there is always hope. My dad is a fantastic basketball player and a mean golfing machine. His talent might skip a generation, and perhaps my kids are late bloomers. Or they might just need to work it out in therapy later. The jury is still out.

Yes, we have nerdy blood. My kids might be bookworms who enjoy chess and Rubix cubes. They might be crazy good at school to the point of thinking that the ACT was “easy,” and be more musically inclined than athletic. Some of them have an abundance of social energy that they are still learning to put to good use while others are more reserved and likely to gravitate towards a couple of good friends rather than a large group.

But, whatever the case, I have seen enough nerdy teens grow up to be HIGHLY successful and gracious adults that nerdiness is quite endearing to me. I think nerds are adorable. I have nothing against teenage popularity (except when it leads to snobbishness), but it is fleeting.

While some of my kids dream of being popular and working their way up the social pecking order, I hope they choose to embrace their inner nerd instead. It may not be as glamorous, and they may not get invited to every party, but I am convinced that it will ultimately serve them well. It just might lead them to become like their parents, and there are plenty of worse fates. Please remind them of that if you see them because I have a feeling they might not agree, even though we are the epitome of awesomeness.

Just take my word on that one.

Do you know any former nerds who grew up to do amazing things? I would love to hear about them in the comments section.