Taking inspiration from one of my favorite bloggers, Anne Bogel from Modern Mrs. Darcy, today I am going to share a small collection of things that I learned in March. They range from the mundane to the (mildly) significant, and I hope you enjoy them. 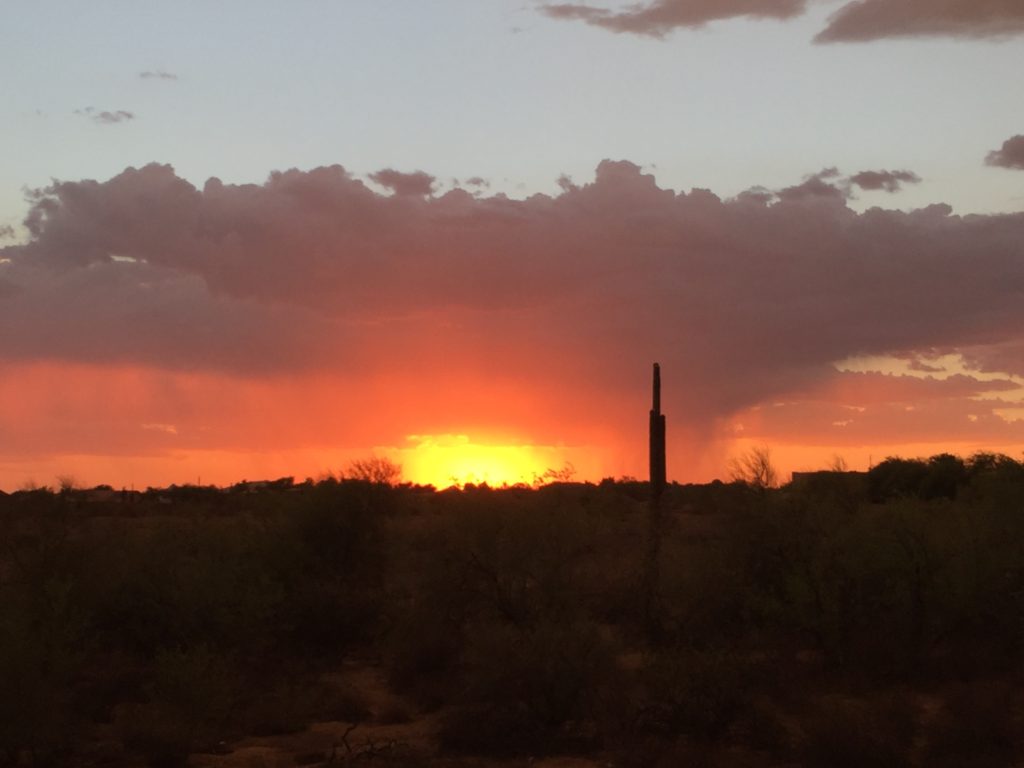 I am sad that my culinary class is now over, but I did learn loads of useful things over the past six months. One that stands out in my mind from this month is that you should ALWAYS warm your egg whites slightly before whipping them for meringues, souffle, mousse, or any other dish that calls for stiff whites.

Our instructor, a master French chef, taught us to put the freshly separated whites into a metal bowl and hold it over a hot burner for a few seconds while whisking, then take it off for a few seconds, then back on the heat – alternating between the two until the whites are warm to the touch, but not cooked. (You don’t want scrambled eggs!) At that point, whip them with an electric mixer until they are stiff. Taking a few extra seconds to warm your eggs will result in significantly more volume to the finished product, which can make a huge difference.

2. The Symphony May Cause Sleepiness 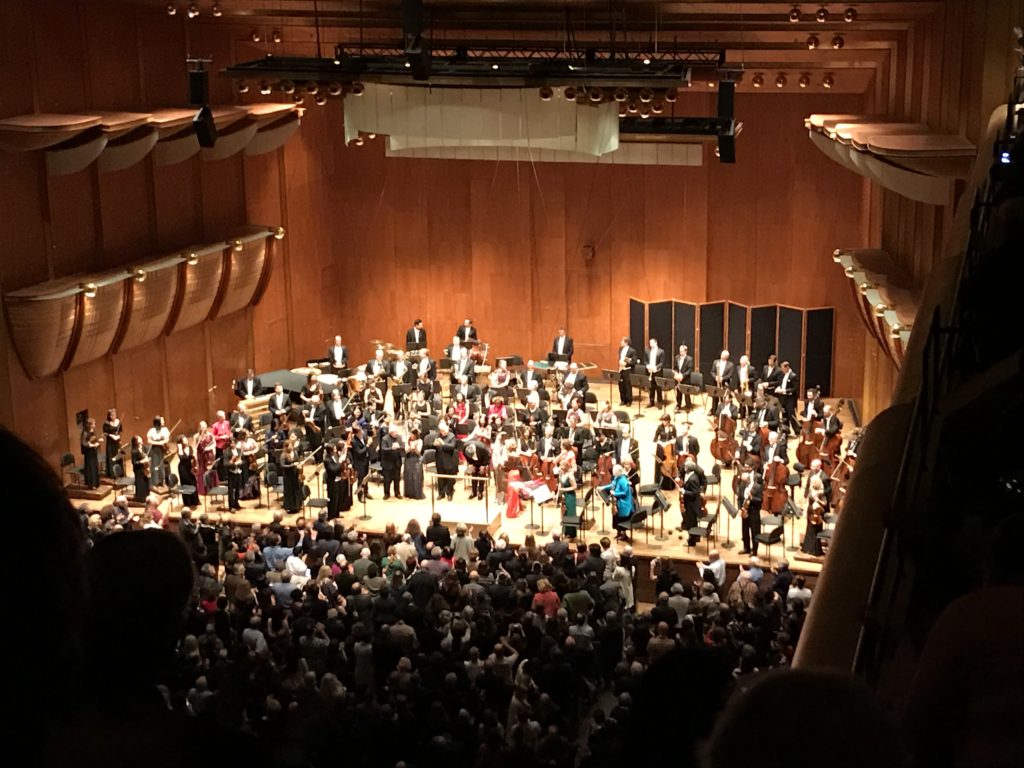 Our first activity after arriving in New York with Andrew was attending a concert by the New York Philharmonic Orchestra. We left home at 4:00 that same morning, which means that we were up at 3:30, traveled all day, spent two hours on an overstuffed bus and then subway with our luggage in tow to get to our hotel, and then went to the symphony. To say that we were tired would be an understatement.

We got our tickets for the concert a few days prior, so Andrew was sitting in the row in front of Greg and me, sandwiched in between two older ladies. The first half of the show was mostly filled with slow music, which acted as a lullaby for Andrew. His head was bobbing in sleep so often that I was afraid it would end up on the shoulder of the woman sitting next to him.

At intermission, I had Andrew sit by me, and Greg took the seat of honor next to the elderly ladies, who were none the happy to see him. One woman complained to the usher that somebody new was sitting next to her. Getting no sympathy, she returned to her seat where Greg worked his magic by smoothing things over.

As the second half of the show got underway, she proceeded to complain about the incredible music of Joshua Bell, world-renowned violinist. I guess complaining was her thing because the music was AMAZING. And Andrew stayed awake for the entire second half.

3. You Should Never Do an Intense Workout Three Hours After Eating at Panda Express

Trust me; it is not a good idea. In fact, I may never eat at Panda Express again.

4. My Kids are Braver Than I Am

I remember being terrified to ride the Matterhorn at Disneyland when I was 12 or 13 years old. It ended up being pretty mild in the realm of roller-coasters, and I felt silly for being so scared. But I do NOT like heights and, to this day, I avoid any ride that features a large and steep drop.

But even little Carson did not even hesitate to get on this roller coaster at Knott’s Berry Farm with the rest of my family: 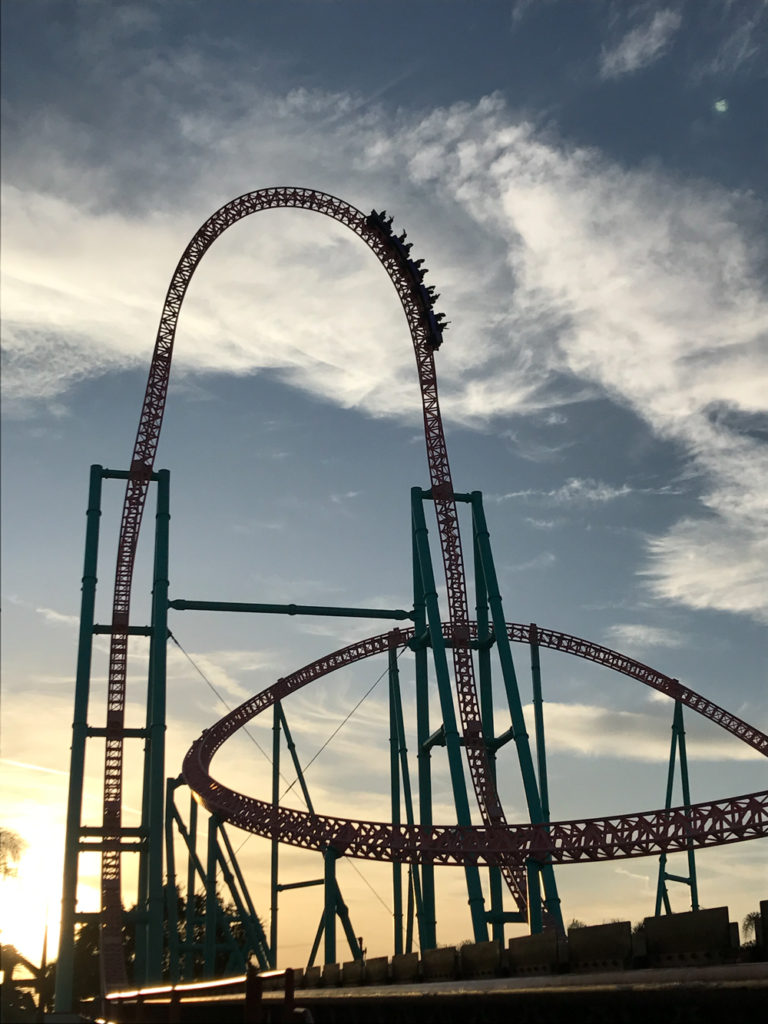 I happily watched from the ground.

Then, when we went to Magic Mountain, they rode all sorts of crazy stuff, like the Drop of Doom that dropped them 400 feet straight down. No, thank you.

I volunteered to hold backpacks and cheer from the sidelines, hoping that they survived. When they came off saying, “Can we do that again?!?” I knew that they must not have my blood running through their veins. They are way too brave for that.

5. Skirts Are My Best Friends

I remember the days when I would only wear a dress if I HAD to, and only for the exact amount of time that it was required. Why would anybody ever volunteer for dress torture?

Then I discovered maxi skirts and realized how comfortable they were, and my era of dress hatred ended. That was a few years ago, and I have gone through phases since then where I wear skirts all the time, and periods when I only wear them to church.

Since the weather started warming up around here (I know that is relative because it is nearly always warm here in Phoneix, but I mean 80 degrees or higher), I have been wearing skirts almost every single day. My Lularoe maxi and knee-length skirts paired with cute spring tops from Ann Taylor or Banana Republic and sandals have been my go-to daily attire. 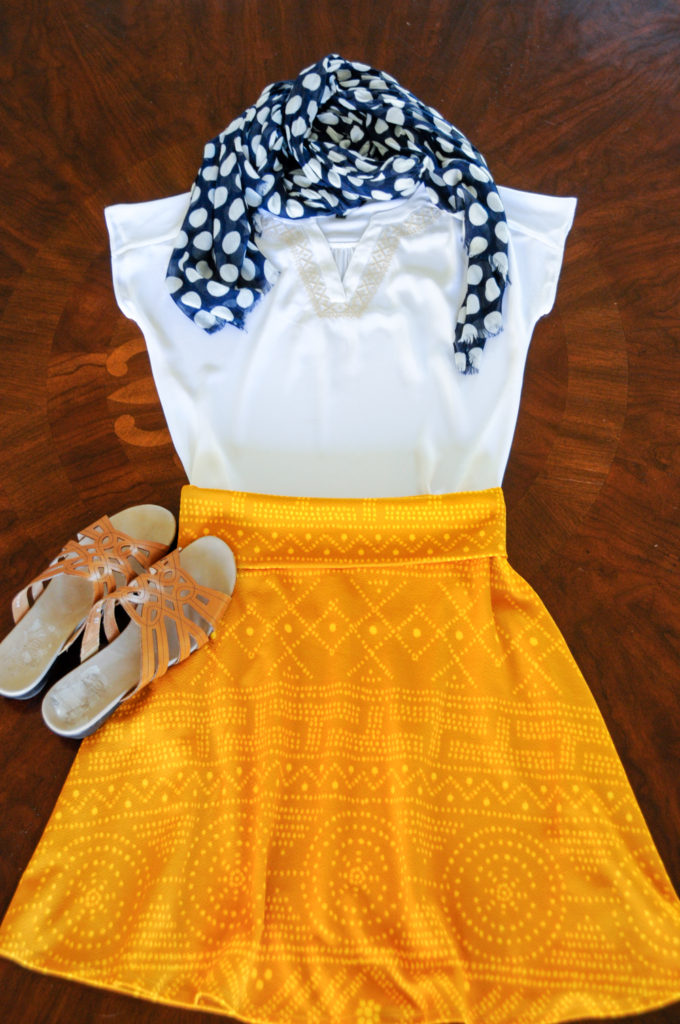 Greg wishes I would stop buying them, and I will admit that I might have a slight addiction. I’m not too keen on all of the crazy patterns from Lularoe (or pattern mixing, for that matter), but the simple ones rock my world. Plus, I feel like I am wearing my pajamas because they are so stinkin’ comfortable. People always ask me why I am so dressed up and all I can say is, “These are my comfortable clothes.”

Comfort can be cute, you know?!? And when it is, magic happens.

Back in January, we planted two little cilantro plants in our garden. We eat a lot of cilantro because we love Mexican cuisine, and I wondered if two plants would be enough. 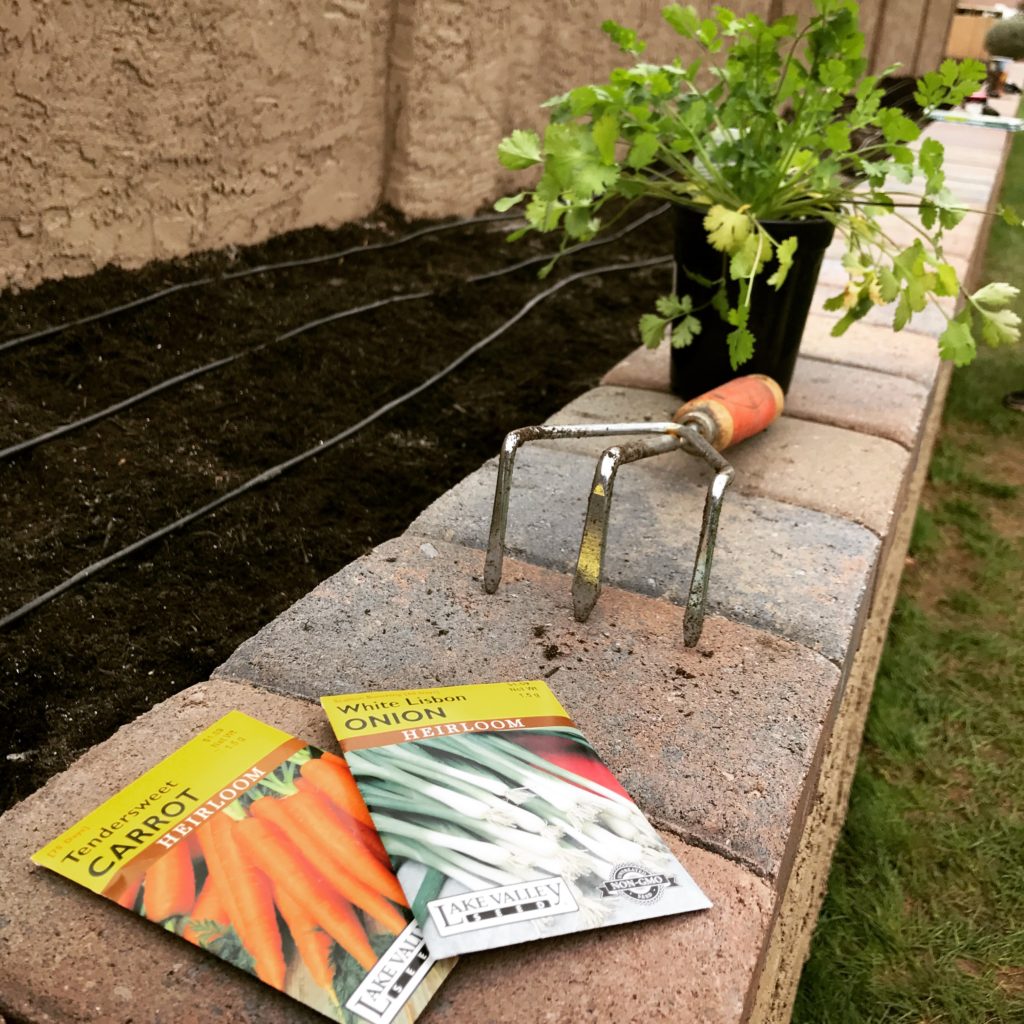 The plants are now so big that they are falling over. Apparently, their roots are not deep enough to hold them steady. So we are eating cilantro in everything. But it keeps growing! 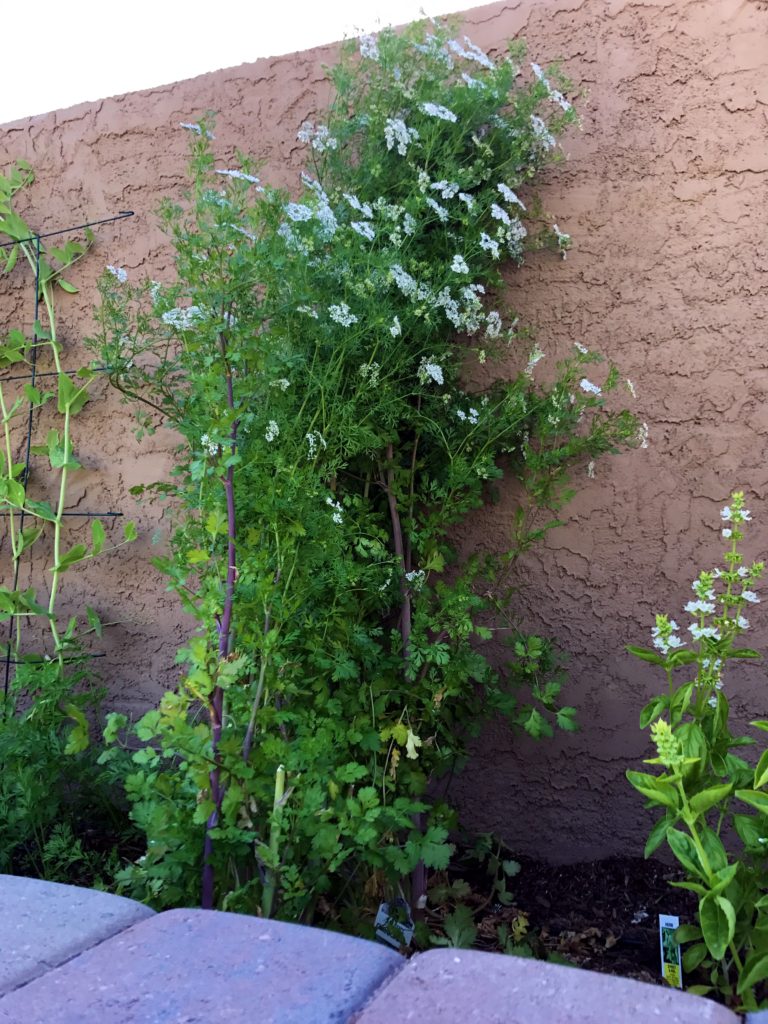 I know from experience that my plants will soon go to seed (if they haven’t already…) and then cilantro will spontaneously grow everywhere next year, which is good and bad, depending on where it grows. So I need to figure out how to preserve this delicious herb. That is near the top of my growing list of things to do.

We knew it was a possibility after three surgeries where diseased bone was scraped from his growth plate when he was four, but I have not seen definitive evidence until now. 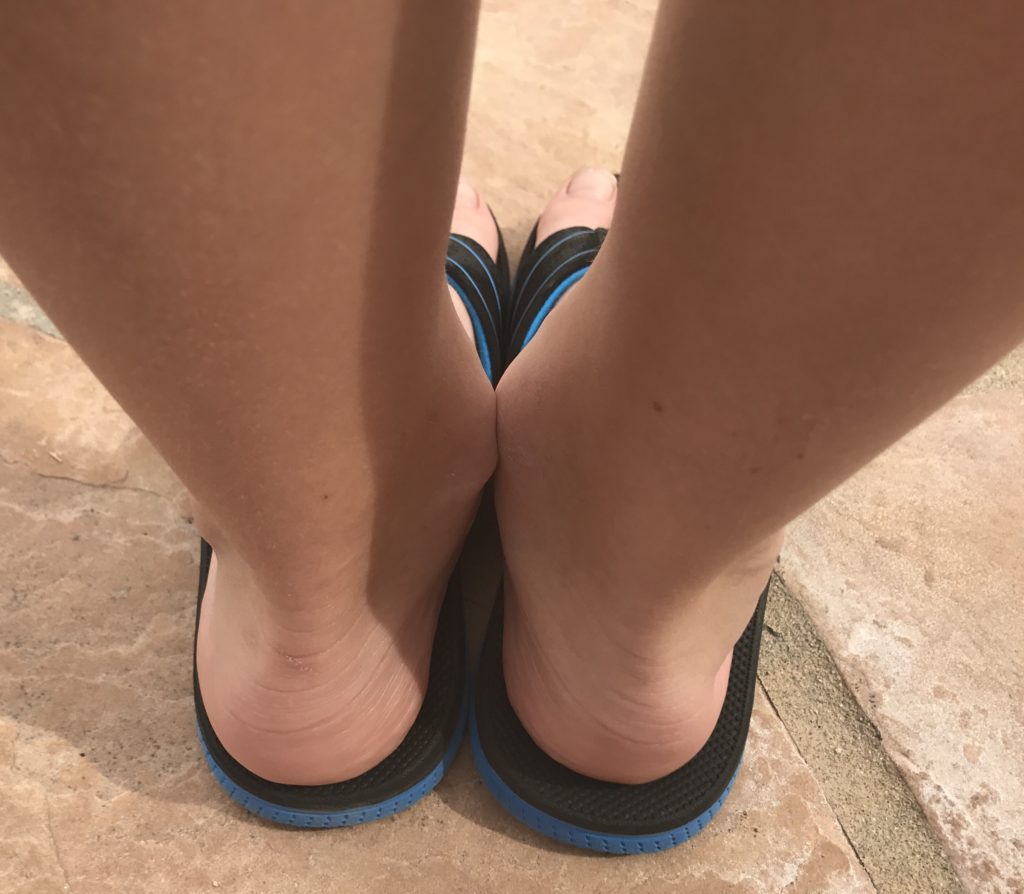 We just purchased new flip flops, which he tried on his right foot in the store, and they seemed to fit. When we got home and he put them on both feet, his left foot was nearly hanging over the edge of the shoe while his right fit comfortably. Two different sized feet are highly preferable to living in constant pain and never being able to walk, which would have been his reality had we avoided surgery, but I sure hope the size difference does not widen considerably as he grows.

I would love to hear about what you learned this month. Please share in the comments section.

Tweet
Pin
Share
« Evidence That You Are Not a Failure, Mama
5 Questions You Have Been Dying to Ask Me (And Their Answers) »

When they say it goes fast, they are NOT lying.

We’re getting ready to TREK, and I could not be

The mission pictures are done. Does that make it

These shoes have hiked hundreds of miles through t

This is my life at the moment: Three of five kids